While writing my novel Ghosts of America, about a male author haunted by the women he has misrepresented­ in his career—Jackie Kennedy, among them–I immersed myself in U.S. history, gender issues, and the politics of being a first lady. I sent in my final edits and vowed to take a vacation from these topics, but then I relaxed by reading…four novels about first ladies: Curtis Sittenfeld’s American Wife on Laura Bush and Rodham in which she imagines Hillary never married Bill, Ann Beattie’s Mrs. Nixon, and Amy Bloom’s White Houses on Eleanor Roosevelt. Each of which examine the struggle to move out of the domestic sphere and into the public arena, as a first lady or otherwise.

In these books, as in life, these first ladies become the battlefield for warring ideas about a woman’s role in the home and outside of it, especially when they are mothers. In her memoir, Becoming, Michelle Obama reflects on how she longed to live “with the hat-tossing, independent-career-woman zest of Mary Tyler Moore,” but ended up instead inhabiting the “self-sacrificing, seemingly bland normalcy of being a wife and a mother.” As for me, if I get one more targeted ad for Mother’s Day gifts that place women in the kitchen or nursery, my head will explode. Where are my targeted ads for rugged traveling tools for my next big adventure?

First ladies become the battlefield for warring ideas about a woman’s role in the home and outside of it, especially when they are mothers.

After reading up on Jackie while researching my novel, I wished she could speak back to the (mostly) men who have shaped her story over the decades. The very role of the First Lady is ancillary: she is the woman behind the man, the one who plans Christmas decorations while her husband runs the country. In this sense, the first lady dramatizes the struggle of the average woman to step out from behind the men in her life. I was particularly struck by the parts of the Jackie biographies that showed her trying to balance motherhood, first ladyhood, and any ambitions of her own; her excitement when she thought President Lyndon B. Johnson might make her U.S. ambassador to Mexico.

The author, seeking to write this essay or anything at all, and her children.

While reading about these first ladies’ struggles to establish themselves as something more than accessories, I recalled the history of my own art form: the many men tasked with writing this nation into being with their so-called “Great American Novels,” and how few women were on that list. While I was supposed to be writing my novel, I would Zombie-scroll, with two squirming kids on my lap, through articles about how, if women want to write Great American Novels they shouldn’t have children or, if they absolutely must procreate, they should just have one. As a tongue-in-cheek response to this, I subtitled Ghosts of America, a “Great American Novel.”

A portrait of the author’s quiet writing time.

In his Poetics, Aristotle says good writing must not be haphazard, but raising two young children is chaos. Every time I sat down to write in the “study” that is, fittingly, a broken Ikea desk lodged in the corner of my kids’ room, my son would come bursting in to inform me my daughter had “exploded a poop bomb” in her diaper. Next would come a streaking naked thing that was my daughter, dragging the soiled fallout gleefully behind her. At which point, I’d ask my muse, “Can I even write an epic when I have so many butts to wipe?” and she’d say, “Absolutely, your epic will be the better for it.” (But I was talking to myself this whole time, so you can see what sort of head space I was in.)

Around this time, I made the chilling realization that what a woman creates with her body (i.e., kids) is often set forth as the very reason she can’t create anything outside of it. In Curtis Sittenfeld’s American Wife, Alice (the Laura Bush character) muses on how the George Bush character’s obsession with his legacy is so masculine. She concludes that you don’t hear women freaking out about their legacies. When she mentions this to her husband, he says it’s because women are the ones making babies, as though that’s the sole endgame of their ambition. Maybe I’m not supposed to admit this here but, despite the baby butt wiping or perhaps even more so because of it, I did freak out about my legacy. As absurd as it may sound, I obsessively pictured clawing my way out of a mountain of diapers to one day ascend some illusory literary peak.

A giant thinking cap the author’s son made for her so she could “write cool stuff.”

In Sittenfeld’s Rodham, the title character, who gets to inhabit a speculative universe where she wields the kind of power real-life Hillary never got to, is notably childless. And there I was, notably covered in children but still seeking my own kind of power, living the dumpster fire that is the modern mom “trying to have it all.” I was attempting to keep my new job as an assistant professor and writing program director during a pandemic, with no childcare, prying filthy things from my children’s cute little fingers, while writing a novel chronicling the challenges women face when it comes to having anything, much less “it all.”

When the real-life Hillary was asked about her job as a successful lawyer, she replied, “I suppose I could have stayed home and baked cookies and had teas, but what I decided to do was to fulfill my profession.” Of course, the public flayed her for this. Afterwards, the Washington Post asked: “Hillary Clinton, Trying to Have it All; Lawyer, Author, Activist, Strategist, Mother, Political Wife … and Now, Political Problem?” But, of course, the real political problem wasn’t merely Hillary’s cookie comment; it was the tension between the identities in the WaPo headline. When Hillary became a “problem,” she had to transition from talking policy to a bake-off with Barbara Bush, her policy negotiations reduced to the merits of cookie recipes with shortening (Hillary) versus without (Barbara).

A look at the author’s free time.

In Mrs. Nixon, Ann Beattie, too, wrestles with the limited sphere of the first lady. She touches on the criticism Hillary received for her cookie comment and the backlash that followed Michelle Obama’s claim that she wasn’t always proud of her country. Beattie considers how women are taught to, as Sittenfeld says, live lives that exist in opposition to themselves, simultaneously making and unmaking themselves daily. Beattie even features a scene where Hillary nervously bakes cookies with a more cookie-competent Pat Nixon.

As Amy Bloom puts it in White Houses, Eleanor Roosevelt “was a Great Lady and what man in Christ’s name wanted to be married to that?” If you think the stigma surrounding female ambition is also a thing of the past, just Google, “Hillary Clinton literal imbiber of children’s blood,” and you’ll see how she has been portrayed for daring to ascend a political ladder thought to be the provenance of men. I’m not sure where all this leaves me with my whole fantasy of battling a battalion of diapers to climb some literary peak, but considering the politics of being a first lady alongside my own plight certainly highlighted for me the simultaneous pressure and impossibility for women to “have it all.”

But what do we have instead? A hopeful, creative chaos that we determinedly face every day, and maybe even our own speculative Rodhamesque universes where we live more vital parallel lives. And perhaps, through our own radical innovations, we just might even step into these lives one day. In the meantime, I’ll just be here in my “study,” typing this in gym socks and cat pajaamas, pockets full of candy wrappers, my son informing me that I just misspelled “pajamas,” as I seek to build my legacy out of popsicle sticks.

Caroline Hagood
Caroline Hagood is an Assistant Professor of Literature, Writing and Publishing and Director of Undergraduate Writing at St Francis College in Brooklyn. 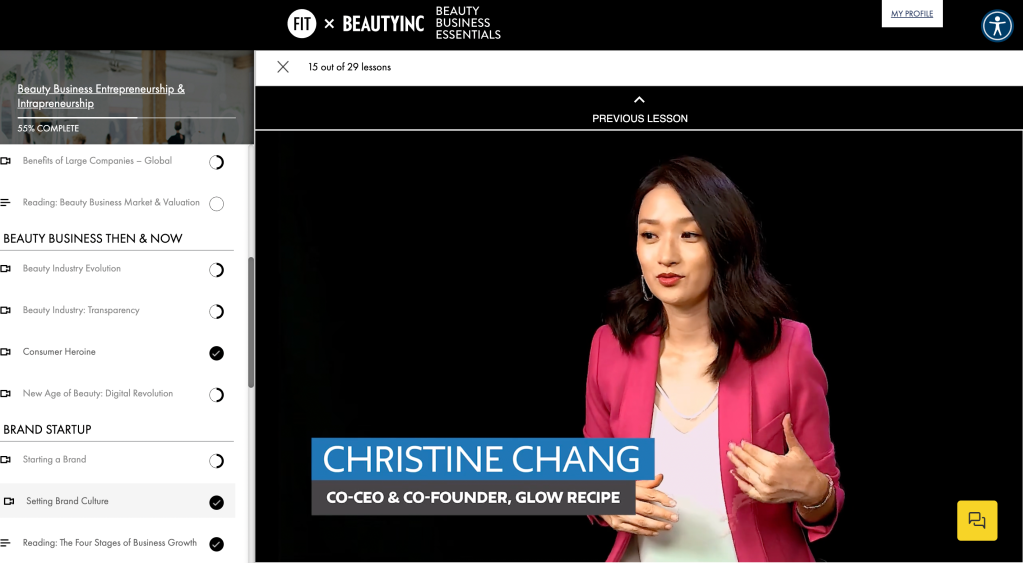 Industry Experts on Breaking Into Beauty
1 second ago 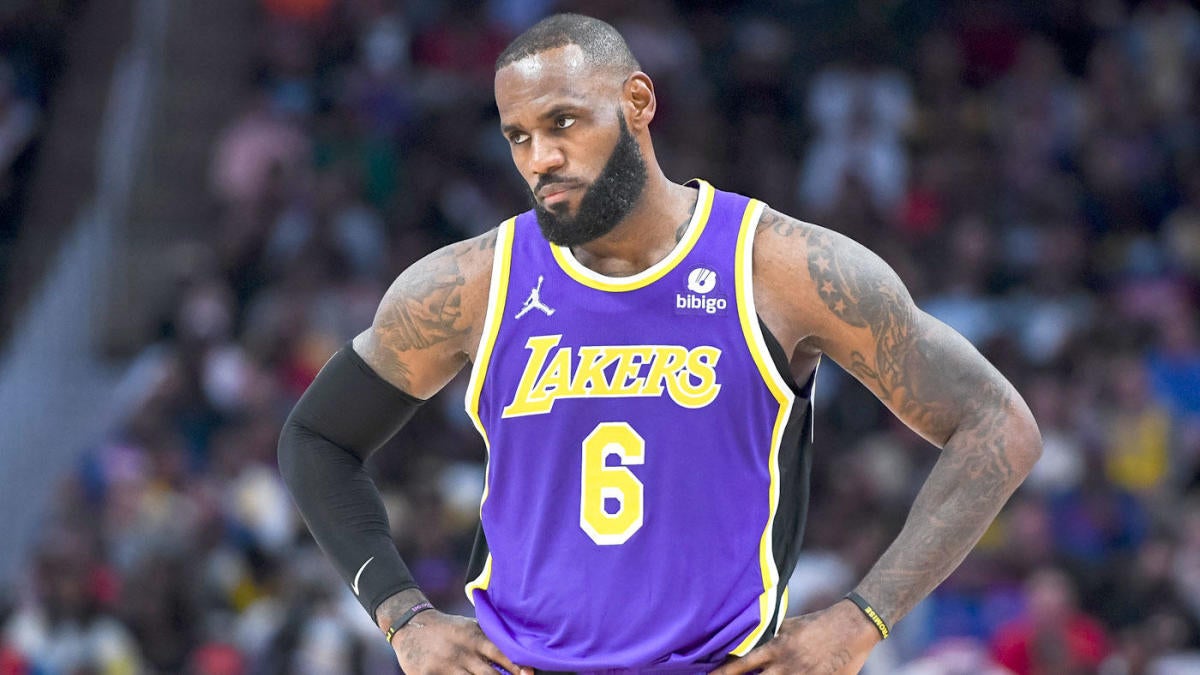 Lakers’ LeBron James calls this season one of the toughest challenges of his career: ‘Ranks right at the top’
5 mins ago 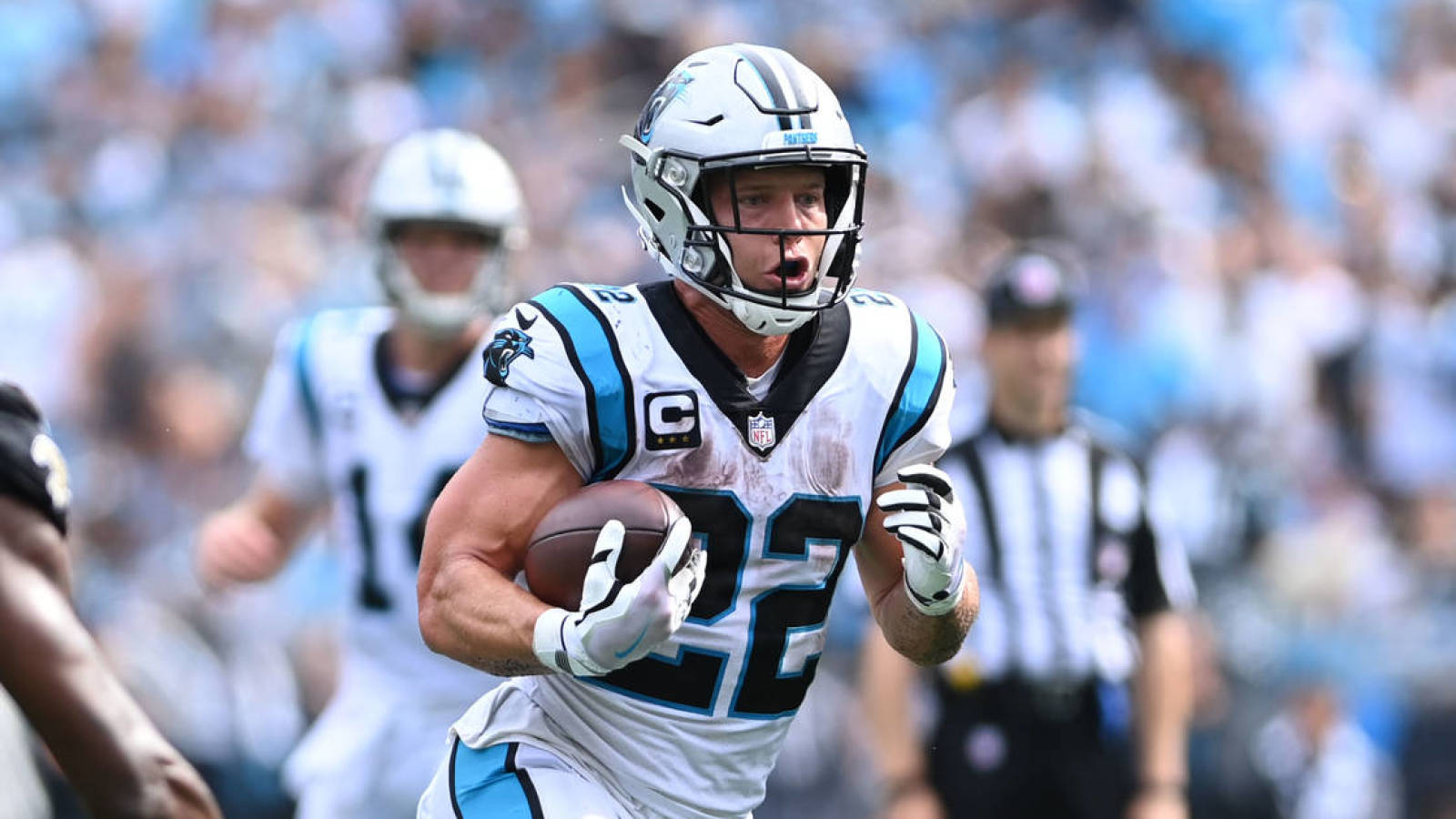 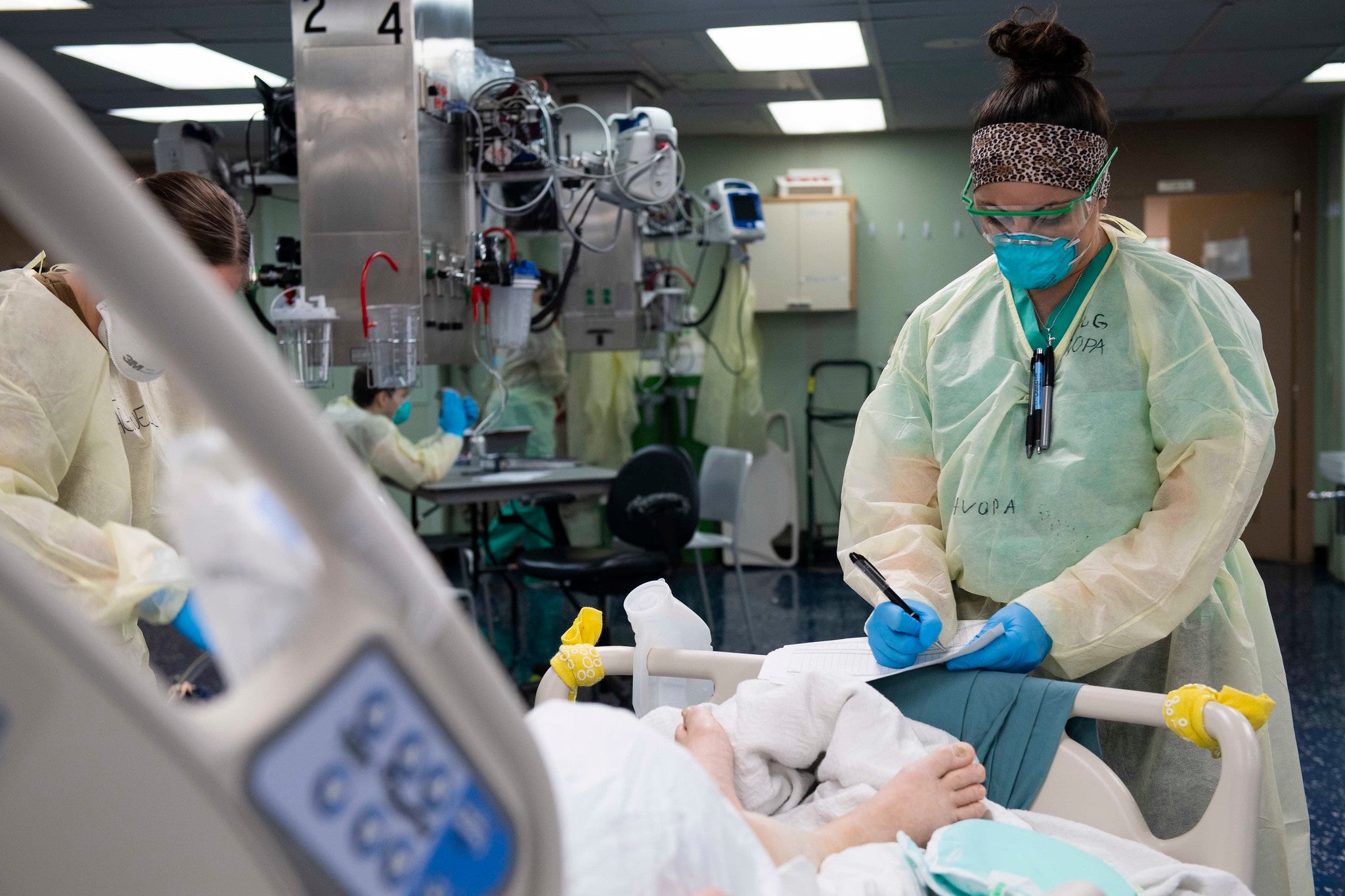 3 important questions about the Omicron variant
7 mins ago 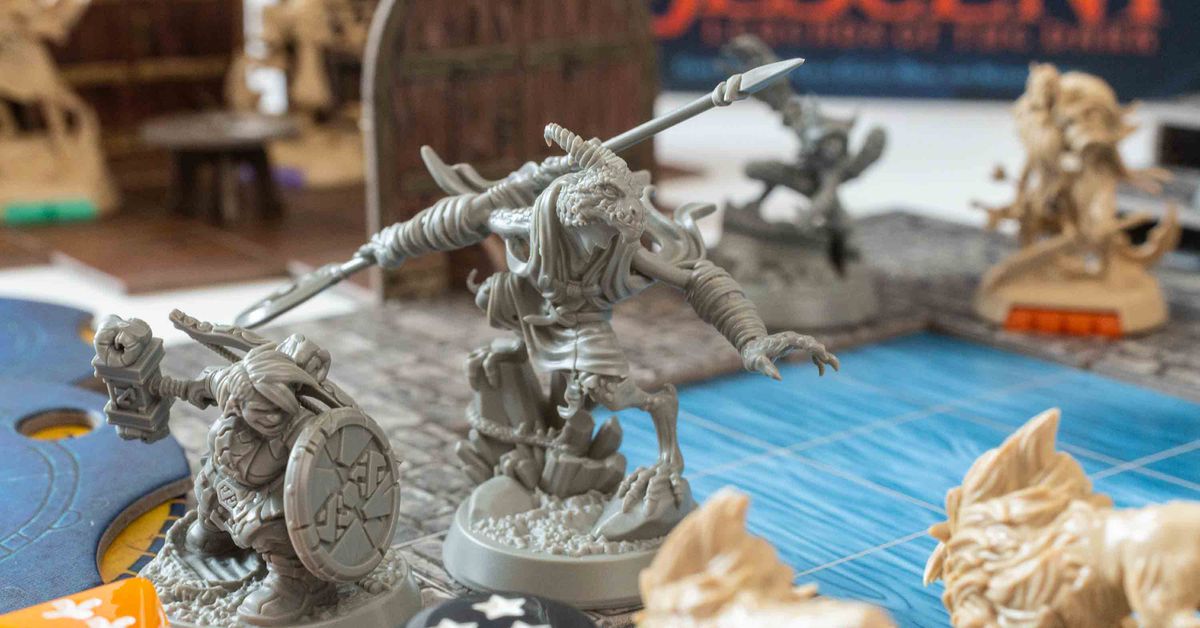 Descent: Legends of the Dark and more great board games on sale for Cyber Monday
16 mins ago