This Monday, Naomi Osaka made the instantly-viral, deeply personal decision to withdraw from the French Open in order to prioritize her mental health. The 23-year-old tennis player explained that she’s “suffered long bouts of depression” and coming into the tournament, she was feeling anxious and wanted to skip the post-game press conferences out of self-care. Instead, she chose to exit completely after officials fined her $15,000 for her boycott and threatened that should she “continue to ignore her media obligations during the tournament, she would be exposing herself to possible further Code of Conduct infringement consequences.”

In no uncertain terms, Osaka, the no 2.-ranked player in the world, was reprimanded for not complying with a long-critiqued practice of parading athletes in front of media, despite the clear negative impacts. In 2015, the Seattle Seahawks’ Marshawn Lynch famously responded to every question at the Super Bowl media day session with the same answer: “I’m here so I won’t get fined.” When Venus Williams was just a child, her father stepped in to tell an interviewer to treat her “like a kid” and stop questioning her confidence. They, and many other Black athletes, have stood up against the exhausting nature of the industry.

Similarly, Osaka dared to set a boundary that would allow her to show up and do her job, and that alone. She did the unthinkable: As a young, Black, and Japanese woman, she said no. In a society that demands she, and so many like her, give her entire self over for corporate profit, she said no. In a world where Black women are rarely afforded space to enforce boundaries and take care of ourselves, she had the courage to say no.

We’ve been taught that creating boundaries at work inherently makes us less valuable and ultimately replaceable. That fear alone keeps far too many people from protecting their own well-being. According to a 2020 study by Lean In and McKinsey, managers are less likely to advocate for Black women than anyone else in the workplace. Osaka, a young Haitian woman defying the will of the French, was revolutionary in every sense of the word. But in return, she was treated like an ungrateful snob, proving that Black people are often seen to be only as valuable as our output. As soon as we depart and divest from the systems that we’ve served tirelessly, they lash out to keep others from doing the same.

The applause and pedestals are only there so long as Black women are breaking our backs for a goal those in power have deemed worthy and beneficial toward everyone. It’s why pundits line up to praise Black women voters, yet are largely silent on Black maternal health advocacy or demands for substantial racial justice policies like The Breathe Act. It’s why sports associations, who are already under fire for their historic exclusion of women and other marginalized groups, have the audacity to ask more from athletes who already go above and beyond in their work. As poet Omar Sakr hypothesized: “Imagine if the response to Osaka had been, ‘We’re sorry that you’re struggling, of course you can skip the post-match press. We can have counsellors made available also. Perhaps there is a more suitable way for you to communicate with press. Let’s discuss it when you’re ready.’ Instead of literally, ‘Do what you’re told or we’ll punish you.’” But such a response would do nothing to make the tennis associations any richer. Until we stop making decisions only to line the pockets of the already-wealthy, people will continue to be asked to choose their career over their own well-being.

Osaka’s decision may have been one small moment of defiance, but it will cause a ripple effect and pave the way for others.

Many have theorized about who exactly is “killing” traditional work formats. Are millennials to blame for their unwillingness to accept low pay and chronic exhaustion for the promise of experience? Perhaps it’s actually Gen Z, whose fluency with social media has exploded the digital and influencer economies? These are valuable observations, and anyone modernizing work should be commended, but none have gone so far in disrupting the status quo as Black people and Black women. Osaka’s decision may have been one small moment of defiance, but it will cause a ripple effect and pave the way for others.

We are destroying the systems that tell us to work doggedly for scraps or to sacrifice our bodies and minds for what others have deemed a priority. As Audre Lorde reminded us, “Caring for myself is not self-indulgence, it is self-preservation, and that is an act of political warfare.” But she wasn’t talking about bath bombs and retail therapy; Lorde was a queer Black woman in her 50s, recently diagnosed with cancer for the second time, when she spoke about self-care in her book A Burst of Light. In that moment, Lorde recognized that freedom was meaningless if she didn’t have the courage to deliver it to her own self. If we don’t care for ourselves and each other, who gets to enjoy the fruits of our labor? Are we again positioning ourselves to be the world’s mules? All work and no reward?

Ultimately, we can and should have it all. It doesn’t have to be ambition or wellness. Instead, our drive and ingenuity should be our fuel as we discover more ways to show up for ourselves and our colleagues in order to make work-life balance a norm. Workplace abuse like blackballing, retaliation, underpayment, and stifling NDAs should be eliminated in favor of transparent and nurturing spaces. Work should be a place to do something that matters to you, without it coming at the expense of your family, sanity, and other passions.

You are living your ancestors’ wildest dream and your oppressors’ worst nightmare every time you rest.

We have been selling innovation to the highest bidder when we should be leveraging it toward the quality of life we all deserve. It’s not too late to turn back and opt for something different. It will require releasing Black women from the need to always be strong, productive, and hard-working so that we can be well, first and foremost. No strings attached. No return on investment. No proof of suffering to validate the success on the other side.

I wish that for Naomi Osaka and every Black woman. You are living your ancestors’ wildest dream and your oppressors’ worst nightmare every time you rest. Say no.

Brea Baker
Brea Baker is racial and gender justice activist working locally and nationally towards the liberation of all oppressed people with an emphasis on black people and women. 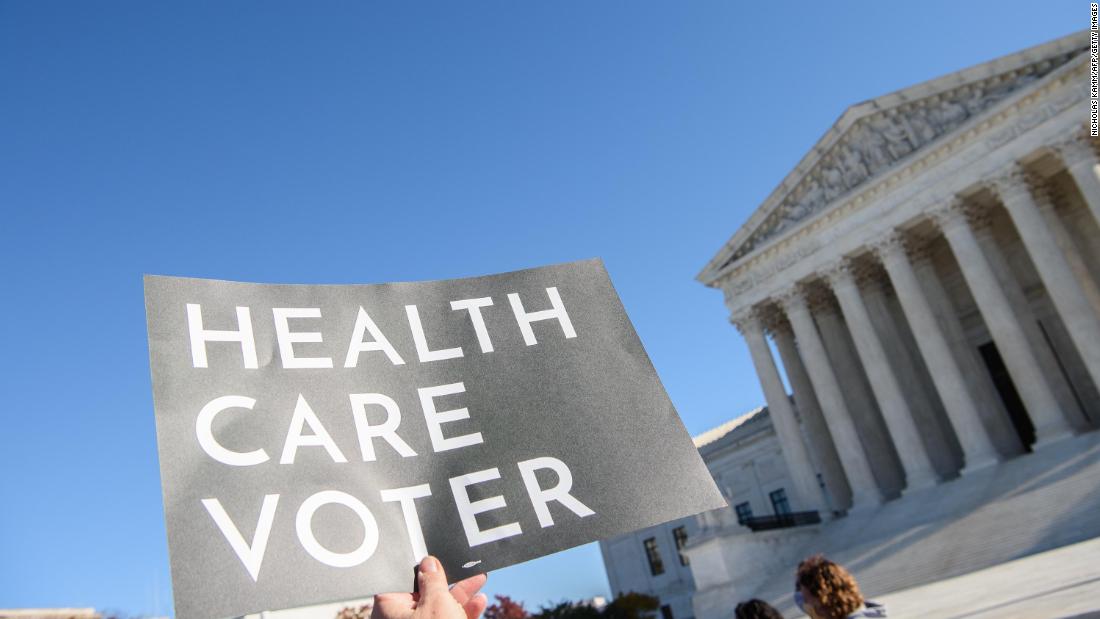 Analysis: Here’s why fighting the Affordable Care Act means so much to Republicans
2 mins ago

Mavericks’ Luka Doncic says it was ‘tough’ to see Donnie Nelson fired, as Dallas continues to look like a mess
12 mins ago

Nipsey Hussle, DJ Khaled & More Selected to Get Stars on Hollywood Walk of Fame
31 mins ago