Invoking Japanese cocktails tends to summon a familiar set of references, largely derived from Tokyo’s glamorous, world-famous Ginza district bars like Bar High Five and Ginza Tender. There’s the hard shake, the jewel-cut ice spheres, the mannerly hospitality, the perfected classics, the quiet jazz and decorum that seem of another era—all elements that had an outsize influence on America’s early 2000s cocktail renaissance.

But for bartenders Masahiro Urushido and Julia Momosé—Japanese natives and authors of two new additions to the cocktail book canon—the Ginza-born tradition is just one piece of what it means to make Japanese cocktails. In Urushido’s The Japanese Art of the Cocktail (co-written with Michael Anstendig) and Momosé’s The Way of the Cocktail: Japanese Traditions, Techniques, and Recipes (co-written with Emma Janzen), the full breadth of Japanese drinks culture is explored in authoritative yet deeply personal terms. Seasonality, ritual and memory define their drinks as much as any technique or tool. Both Urushido and Momosé’s highly successful bars have served as emissaries for different strains of Japanese cocktail service, as well as expressions of their own binational identities.

Urushido is co-founder, managing partner and head bartender at the popular haunt Katana Kitten in New York City’s West Village, modeled after Japan’s freewheeling, publike izakayas. There, cat knickknacks dot the shelves of the bar and posters of cheesy ’80s movies hang on the walls. That merry sensibility carries over to Urushido’s book with vivid photography that makes you feel as if you’re seated on a barstool, watching mouthwatering drinks whiz by. Despite Urushido’s streak of whimsy, he’s apprenticed in the competitive atmosphere of Japanese bars, and is deadly serious about the craft. His book takes you inside a world grounded in the classics, but popping with eye-catching color and intense flavors that borrow from Japanese gardens and forests, as in his bracingly fresh Hinoki Martini, made with a tincture fashioned from cypress tree oil. A chapter on highballs displays a penchant for supercharging populist formulas with seasoned salts, infusions and an engineer’s concern for achieving maximum coldness. A full section on shot and a beer riffs mirrors the bar’s menu itself.

Momosé’s style, on the other hand, proceeds from a subtler set of references and aesthetics. She is co-founder, bartender and partner at Chicago’s acclaimed Kumiko, where the downstairs omakase counter, Kikkō, won a Michelin star in 2019. Her style—beautifully translated in The Way of the Cocktail—echoes the refined, detailed perfection of Japanese fine dining and celebrates archetypal drinks (and Ginza specialties) like the Old-Fashioned or Bamboo, while dreaming up entirely new blueprints made from native Japanese spirits like awamori, an Okinawa-based spirit distilled from rice.

The Calpico Swizzle and Bright N’ Sunny from The Japanese Art of the Cocktail by Masahiro Urushido and Michael Anstendig. Photos by Eric Medsker.

For Momosé, great cocktail experiences have a seamless flow. The word kumiko itself refers to the Japanese art of assembling pieces of wood into harmonious patterns without nails or glue—the eye is tricked into seeing unity from multiplicity. Momosé’s highball recipe mimics this idea. The recipe extends over eight precise steps, including chilling whisky in the freezer beforehand and pouring the club soda in such a way that it maintains ideal effervescence.

What both Momosé and Urushido do in their bars and their accompanying texts so successfully is infuse complexity into America’s often monolithic concept of Japanese bartending: technique perfected, canonical recipes perfected, gesture perfected. But these bartenders, dual citizens of both countries, take their cues from deeper roots. Family and sense memory, ceremony and traditional arts, and the magisterial sweep of Japan’s seasons all shine through their inventory of recollections and recipes. The stories of their drinks are often nostalgic paeans to childhoods immersed in nature and local foodways.

Momosé uses Japan’s concept of microseasons, or sekki (of which there are 24), as the organizing principle of recipe chapters, commemorating subtle shifts like summer’s first lotus blossoms or the flight of wild geese in fall. She shares memories of sitting down to dinner on cold evenings at a horikotatsu. This traditional table, set over a heater recessed into the ground, would be draped with blankets to trap the heat, warming her legs as she slurped down nabémono (a family-style hot pot) with her parents and brothers.

“The world seems to move more slowly in the winter, allowing room for deliberate and considered rituals like making matcha,” she writes. That ingredient, in turn, inspires her Matcha Miruku, a riff on a popular wintertime beverage in Japanese cafés. Typically made with hot matcha and milk, Momosé’s version incorporates cashew milk and shōchū. 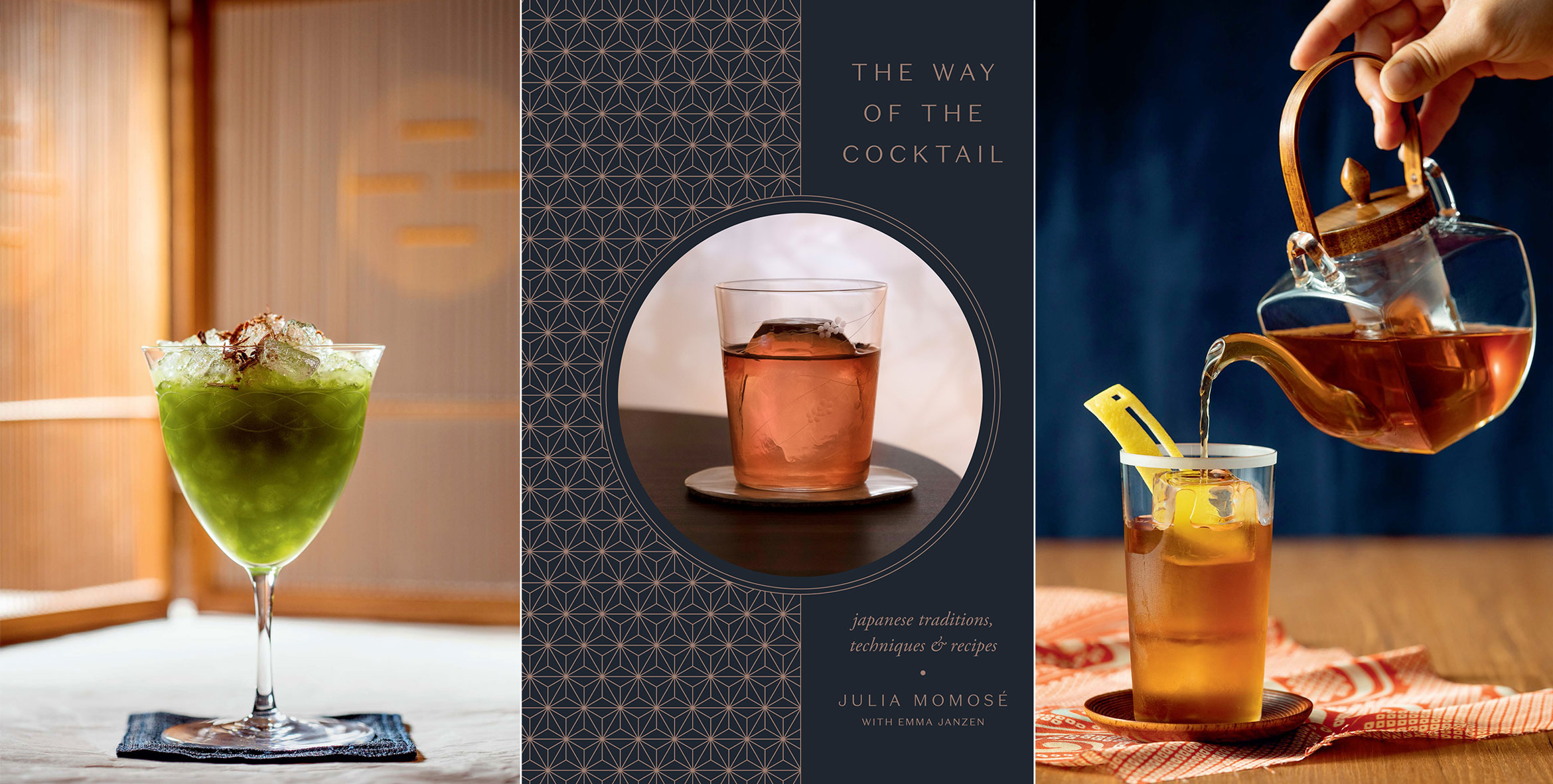 In another memory, she writes of how her Suika Spritz was inspired by the summertime game of suikawari, which involves smashing a watermelon open with a stick while blindfolded. “Everyone would eat the juicy fruit with salty fingers after swimming the ocean,” she remembers, a sensation recreated with watermelon juice and a salt-rimmed glass.

For his part, Urushido recalls the first time that his grandfather invited him to smell a ripe tomato on the vine. “Many of my fondest and most profound memories of growing up in the countryside of Japan are related to smell—the scent of the fields right before it rains, the scent of the seasons,” he writes.

For him, autumn was signaled by walnuts dropping from trees, and his grandmother cracking them open to make a sauce for rice cakes. That memory led to his Kurumi cocktail—a variation on Jerry Thomas’ Japanese cocktail—which he accents with a homemade walnut-based orgeat, giving nutty depth to the cognac base.

The concept of communal hospitality weaves another thread through both books. Urushido tells the story of his career primarily in terms of the people who have accompanied him: mentors, friends, family, colleagues. Like a football coach strategizing recruitment, he describes the strengths of each staff member hired for Katana Kitten, and dedicates a chapter to “My Friends,” detailing cocktails developed by fellow bartenders.

Momosé bases Kumiko’s service philosophy on the art of omotenashi, or selfless hospitality, whose practices are scarcely found elsewhere stateside. Employees offer to escort guests to their next location, holding an umbrella if it is raining, and call ahead on their behalf to make reservations or share notes about allergies or celebrations.

The sum of Urushido and Momosé’s knowledge, assembled for the first time in such a comprehensive fashion, underscores exactly why Japan and the United States share a relationship with the cocktail that no other country can claim. Although the cocktail was an American invention, born of a restless nation on the make—the rattle of the shaker practically echoing the clatter of the industrial age from which mixology sprung forth—generations of Japanese bartenders like Urushido and Momosé have brought the art a more meditative, mindful pace. Borrowing from the country’s traditional arts and botanical bounty, they’ve connected the cocktail to the philosophies that surround them, rooting its nervy, agitated energy firmly back to the earth, breathing another kind of life into the art of mixing drinks. 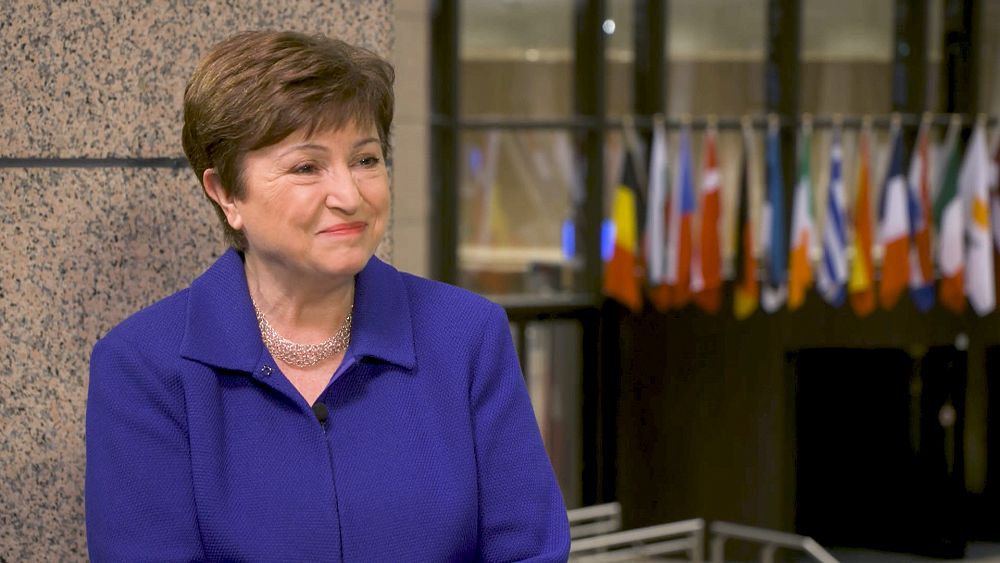 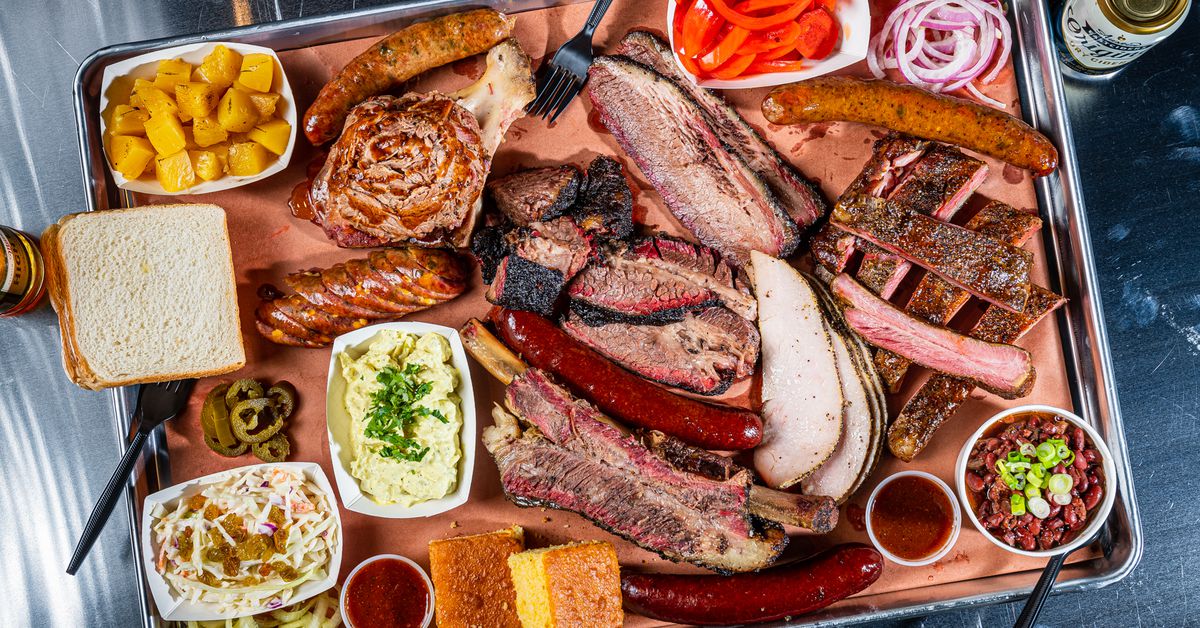