Since 2007, Richard Montañez has been peddling the feel-good story to end all feel-good stories — that as a janitor at a Frito-Lay plant in Rancho Cucamonga, he successfully pitched the company on creating Flamin’ Hot Cheetos. In his telling, after seeing an internal video encouraging all Frito-Lay employees to “act like owners,” he told the CEO that spicy snacks were all the rage in Hispanic neighborhoods, and that they were missing out on a huge market. He also created his own spice blend for executives to try. Of course they were a hit, he rose up to the C-suite, and now he makes a living writing memoirs and being a motivational speaker. He is even going to be portrayed in a new movie, produced by Eva Longoria.

According to the LA Times, though, the story is mostly a lie. In a massive report published over the weekend, the Times meticulously rips apart the story, showing how Flamin’ Hot snacks were already on the market by the time Montañez pitched his snack ideas, how Montañez has changed his story over the years, and how those involved with the Flamin’ Hot line’s development are baffled as to how Montañez claimed it was his idea. “We have interviewed multiple personnel who were involved in the test market, and all of them indicate that Richard was not involved in any capacity in the test market,” said Frito-Lay in a statement.

In fact, the Flamin’ Hot line was the brainchild of a few people within Frito-Lay. There was Fred Lindsay, a salesman in the Chicago region who saw spicy snacks taking off and wanted Frito-Lay to compete. There was Sharon Owens, a product manager who took up spicy snack development. And then there was Lynne Greenfield, who came up with the flavor, the name, and the original packaging ideas. The snacks hit test markets in 1990, two years before Montañez says he pitched his products in 1992. “It is disappointing that 20 years later, someone who played no role in this project would begin to claim our experience as his own and then personally profit from it,” said Greenfield.

Montañez didn’t respond to request for comment to the Times, nor has he updated his Instagram, @hotcheetosrpm, since the piece was published. However, Montañez did make a comment on the accusations to Variety, saying Frito-Lay was operating in different divisions, and that while he may not have had anything to do with what was happening in the Midwest, “All I can tell you is what I did. All I have is my history, what I did in my kitchen.” He also says of Flamin’ Hot Cheetos: “I was their greatest ambassador. But I will say this, you’re going to love your company more than they will ever love you, keep that in perspective.”

But even the one man who somewhat corroborated Montanez’s story, Al Carey, a former Frito-Lay executive, acknowledged to the Times Montañez’s tendency to exaggerate. “I said this is a fun story; this shouldn’t be a controversial story; your inclination to dramatize the story a little bit, you’ve got to keep away from that,” he said he warned Montañez.

What does appear to be true is Montañez was working as a machinist operator in the Rancho Cucamonga plant when he pitched a spicy snack to executives in the ’90s. The Times quotes a U.S. News and World Report article from 1993, which says “Montañez burst forth with a kernel of an idea: Flamin’ Hot Popcorn, which will soon make its debut” as part of the existing Flamin’ Hot line. Montañez also worked on the Sabrositas brand, a snack brand directed specifically at the Latino market.

Frito-Lay began investigating Montañez’s public claims in 2018, when Greenfield emailed a contact at Frito-Lay after seeing a story about Montañez in Esquire. Montañez retired in 2019. The Times also notes “Montañez has also repeatedly posted to his social media accounts photographs of what he claims are original design materials for Flamin’ Hot Cheetos. Many have recently been deleted.”

We all probably should have regarded Montañez’s story with more skepticism. After all, the receipts are out in the open — there are multiple newspaper articles and ads acknowledging the existence of Flamin’ Hot Cheetos from before Montañez says he pitched the idea. But the fantasy is incredible, isn’t it? A Mexican-American man working in a factory feeling not just empowered enough to pitch an idea to a CEO, but actually be listened to and taken seriously. And that the idea he was pitching was something for the Latino community, something to make a massive group of marginalized people feel catered to, felt even better. It’s rags-to-riches story, one where a Mexican-American man speaks up to white executives, turning his savvy recognition of a market into success.

Flamin’ Hot Cheetos, which were available in the U.S. over a decade before Takis arrived, are now so mainstream they’ve caused a legitimate moral panic over kids eating too many and being sent to the hospital worried about blood in their stool or ulcers. Flamin’ Hot Cheetos has also been featured in collaborations with KFC, Martin House brewery, chef Roy Choi, and Thanksgiving turkey, among others, and the line has expanded to dust nearly every salty snack Frito-Lay offers, that’s how much we want to burn our stomach lining.

Montañez’s story also clearly worked because it was mostly true. He did work in a factory and rise to the C-suite. He did work on products aimed toward a Latino market — just, as it turns out, not this product. But the actual truth — that a spicy product developed to stave off competition from Eagle Snacks was invented by a bunch of people with business degrees — is just a depressing reminder of how marketing and product development normally works. Oh well. 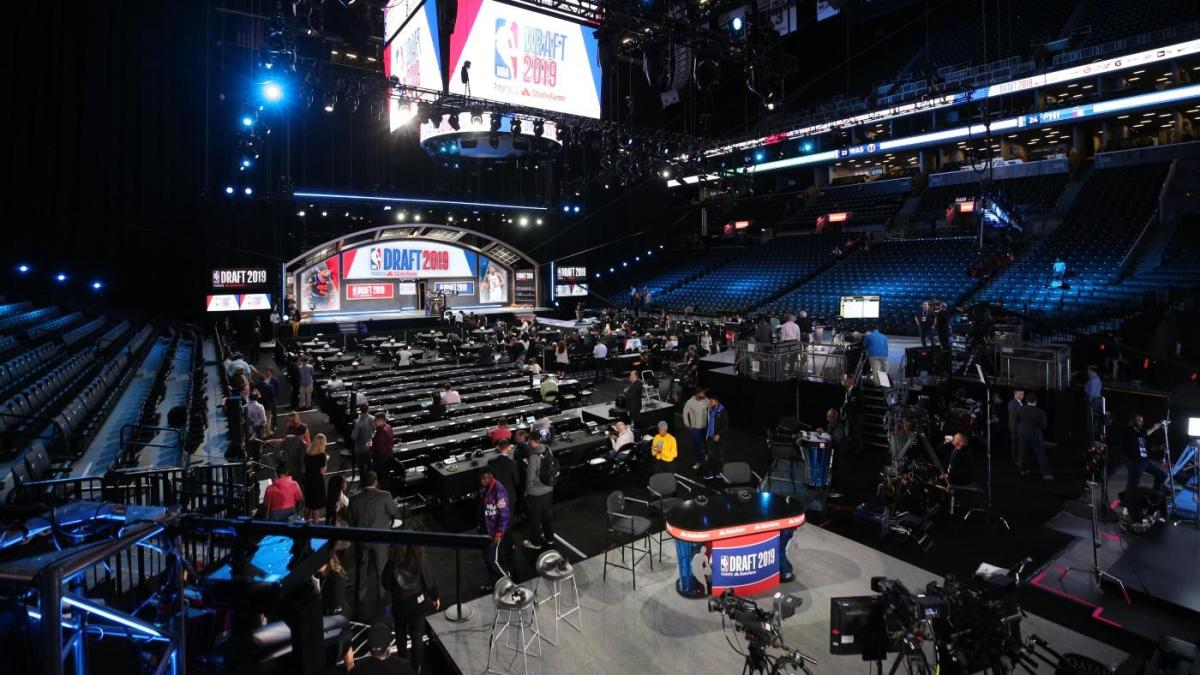 2021 NBA Draft: Order for first and second rounds with Pistons picking No. 1 after winning lottery
3 seconds ago

2021 NBA Draft: Order for first and second rounds with Pistons picking No. 1 after winning lottery