The French Ligue 1 match between Nice and Olympique de Marseille (OM) was abandoned on Sunday night an hour and a half after supporters invaded the pitch following an incident that ignited the match: yet another plastic bottle thrown at Dimitri Payet, which the player threw back into the crowd.

Nice were leading 1-0, but the game did not end. A week after a match in Montpellier was halted, after supporters also threw bottles onto the pitch, again against Marseille, French football experienced more trouble on the second weekend of the new season which has seen crowds return to stadiums after a year behind closed doors.

After a 90-minute delay, the match was abandoned by the referee, Benoît Bastien, following the refusal of Marseille players to come back out onto the pitch.

“The referee agreed with us, he confirmed to (Marseille coach) Jorge Sampaoli and me that safety was not guaranteed and decided to stop the game,” the Spaniard continued, calling for sanctions.

“What happened today is completely unacceptable, we must set a precedent for French football.”

Nice wanted to carry on playing. “I know very well that the match could have resumed. I was convinced that it would go very well. Unfortunately the Marseille players did not wish to resume the match. Duly noted”, said Nic president Jean-Pierre Rivère at a post-match news conference.

The mayor of Marseille, Benoît Payan, reacted on Twitter: “Injured players, failing security: the match should never have been resumed. Sad decision. Proud of my team, which did not play along with this farce.”

With Nice leading from an early second-half goal by Kasper Dolberg, Marseille’s Dimitri Payet went to take a corner in the 75th minute at this corner post. Not for the first time he was subjected to a barrage of plastic bottles, and this time he responded.

In the first half, on the same side of the field, the stadium announcer had already asked supporters not to throw anything on the pitch.

Hit by one of the projectiles, Payet collapsed to the ground before getting up and grabbing the bottle that had hit him and throwing it towards the stand.

His teammates Alvaro Gonzalez and Mattéo Guendouzi ran over to harangue the section of the crowd where the bottle came from.

A security cordon of stewards, dressed in yellow vests, tried to stop the supporters, but blows were exchanged in various areas of the pitch in an unseemly scrum between players of the two teams, supporters and stewards.

Photos circulated on social media showed injuries to Marseille players, Luan Peres suffering cuts to the neck and Payet a scratched back.

As anger spilled over, Marseille coach Sampaoli had to be held back by members of his staff to prevent him from fighting.

In the stands, the two club chairmen Longoria and Rivère almost came to blows. “They grabbed each other by the collar and the bodyguards had to separate them,” a witness told AFP in the presidential gallery.

“We had water bottles thrown, that we can not dispute”, admitted the Nice president. “Unfortunately what set it alight was the reaction of two Marseille players who returned bottles, into our supporters’ stand and after that it got out of control,” he continued. 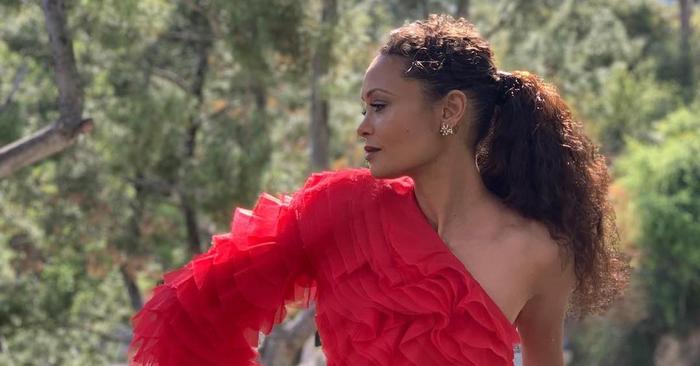 From J.Lo to Victoria Beckham, These Are the Best Ponytails to Copy Right Now
12 seconds ago

Carrie and Big Dance (and Kiss!) in 1st ‘And Just Like That’ Promo
26 mins ago