The last time Andrei, 65, had cause to patrol the road that connects the Moldovan village of Varnita with the Transnistrian town of Tighina, on the left bank of the Dniester, there was a war going on.

The scene of intense fighting during the 1992 war that saw Transnistria break away from Moldova, Varnita is now at the centre of a political struggle. Rather than confronting armed rebels, Andrei and the other veterans gathered on Sunday morning are confronting voters.

Moldova goes to the polls on Sunday 15 November to decide between Igor Dodon, the pro-Russia, Vladimir Putin-backed incumbent, and Maia Sandu, a former prime minister who is backed by European leaders and wants to re-orientate the country back towards the EU.

In 2016, when Sandu and Dodon went head to head, Dodon won by just 70,000 votes, tens of thousands of which are believed to have come from Transnistria, home to at least 350,000 Moldovans who are able to vote in Moldova’s elections and overwhelmingly favour Dodon.

In both 2016 and 2019, thousands of these voters were bussed over the border in an organised fashion in order to tilt the election for Dodon, and with 2020 expected to be equally close – or even closer – election observers fear a repeat of the tactic.

As a result, the authorities in Moldova banned vehicles from the roads on Sunday that are capable of carrying more than eight people, and police on the de-facto border between the two territories are checking number plates and questioning drivers.

Andrei and his veteran colleagues are here to make sure the authorities are doing their jobs.

“We control the situation of these organized transports. We allow road transport to pass, but we monitor how many people there are and how many go to the polls,” Andrei told Euronews.

“We register the cars so that they do not pass several times and make regular transports. If a car comes a second time, the police will have to open an investigation.”

“We do not want Transnistrians to steal our future. That is why we came here to stop these illegalities,” another veteran, Valentin, said.

In the first round of the presidential election on November 1, around 14,000 Moldovan citizens from Transnistria voted in 42 polling stations open for them in Moldova. That so many polling stations were opened for them led veterans to suspect electoral fraud.

“The vote is bought. Transnistrians have to photograph their ballot paper to prove their vote, after which they receive the money promised from the organizers of these transports,” said Vasile, a veteran, and resident of the village of Varnița.

Ana, 50, told Euronews that her own husband was offered 250 roubles to transport Transnistrians across the border to vote as he owns a vehicle with eight seats, which is permitted under the restrictions imposed for election day.

“They are given 400 Transnistrian rubles [20 euro] each [and] the driver who takes them is offered 250 rubles for each trip,” she said.

Residents of Transnistria with Moldovan citizenship are entitled to vote in the election, but critics allege that in the absence of a free media landscape and with its significant Russian presence – as well as the fact that candidates can not campaign in the territory – voters are not informed.

Meanwhile, those that are bussed over the border on behalf of a candidate – let alone paid – are in contravention of electoral law.

But those on the buses crossing the border on Sunday did not agree and became angry when confronted by journalists.

“This is public transportation. I vote with Igor Dodon, not Maia Sandu, anyway,” one elderly man shouted, while pushing a cameraman.

A woman in her 70s told Euronews: “I came to vote for the deputies. When informed that it was a presidential election, she said: “In fact, to vote for the president. Which one of them? That’s my business.”

During the first round on November 1, the police recorded 173 violations of the law, 59 of which related to illegal organised transportation of voters from the left bank of the Dniester River. On Sunday, a few dozen officers mobilised on the border.

“We have a sufficient number of police officers mobilized to carry out the electoral elections in the Varnita sector. So far, we are investigating the owner of a car that entered twice and brought passengers,” said Stefan Ciuca, from the General Inspectorate of Police.

But veterans accused the police of turning a blind eye to the repeated trips to the polling stations of some cars registered in Transnistria, and on Sunday took down the number plates of cars entering and leaving Moldova from the breakaway region.

They said that buses were running every seven to ten minutes from Tiraspol, rather than every 30 to 45 minutes on a normal Sunday, and were far more full than normal.

“Depending on how things will evolve, we will act for the police to intervene and stop this illicit passenger transport. We understand this trick,” said Lilian Carp, a deputy in Sandu’s Action and Solidarity Party.

“They are transported by regular bus transport to look legal. In the first round, the transportation was done with personal cars. Now, we notice that they [the organisers] use public transportation.”

For those who back Dodon, Transnistrian voting should not be an issue, providing it is carried out by residents of Transnistria who have Moldovan citizenship – just as Moldovans living anywhere else in the world are entitled to vote.

“Everyone has the right to vote. Maybe someone is bothered by this and disagrees with their choice [Transnistrian voters],” said Corneliu Furculita, a countryman and childhood friend of President Dodon.

Asked by Euronews about the allegations that voters do not know what they are voting for, he said: “Broadly speaking, everyone is aware of why they come, where they come from and what they do.”

Shortly after Furculita and another Socialist deputy and Dodon ally, Nicolae Pascaru, arrived in Varnita, a deputy from the State Duma of Russia, Artiom Turov, also arrived.

“We will monitor what is happening here, and if we find violations of the law, we will report it as such,” he said.

By noon, hundreds of people formed four queues of about 50 metres each in front of the four polling stations in Varnita. In one of them, the Varnita Theoretical High School, an official told Euronews that the “number of voters was much higher in comparison to the first round.” 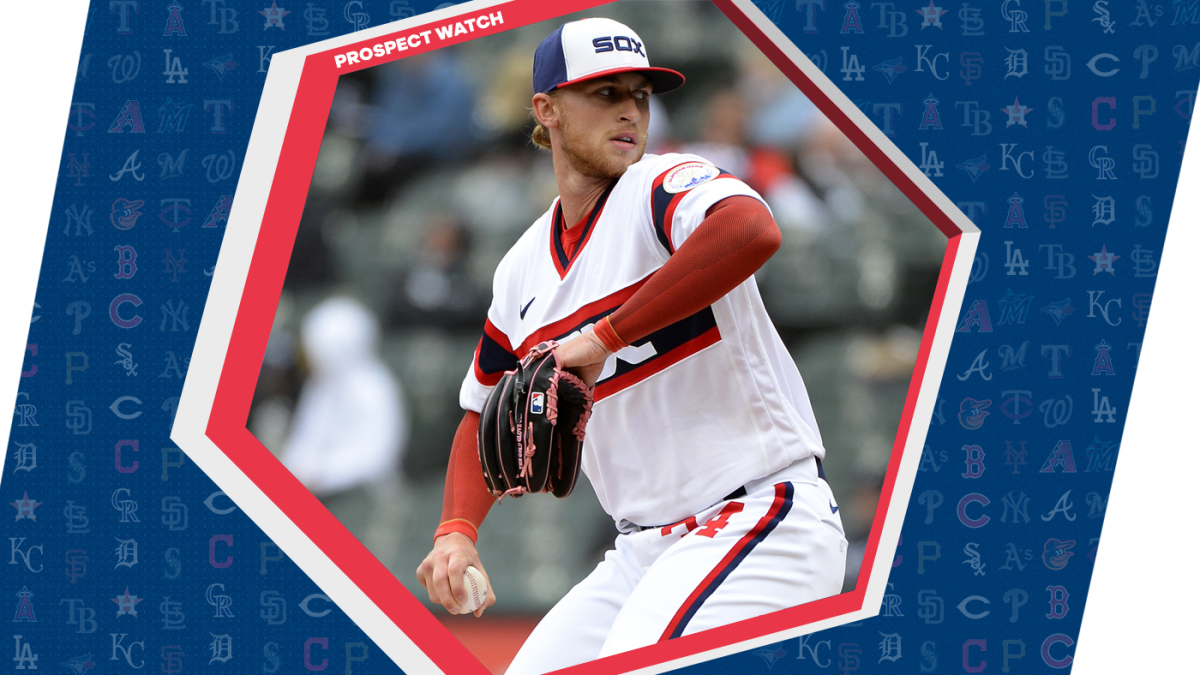 MLB Prospect Watch: Why Michael Kopech’s first start for White Sox since 2018 was promising
7 mins ago 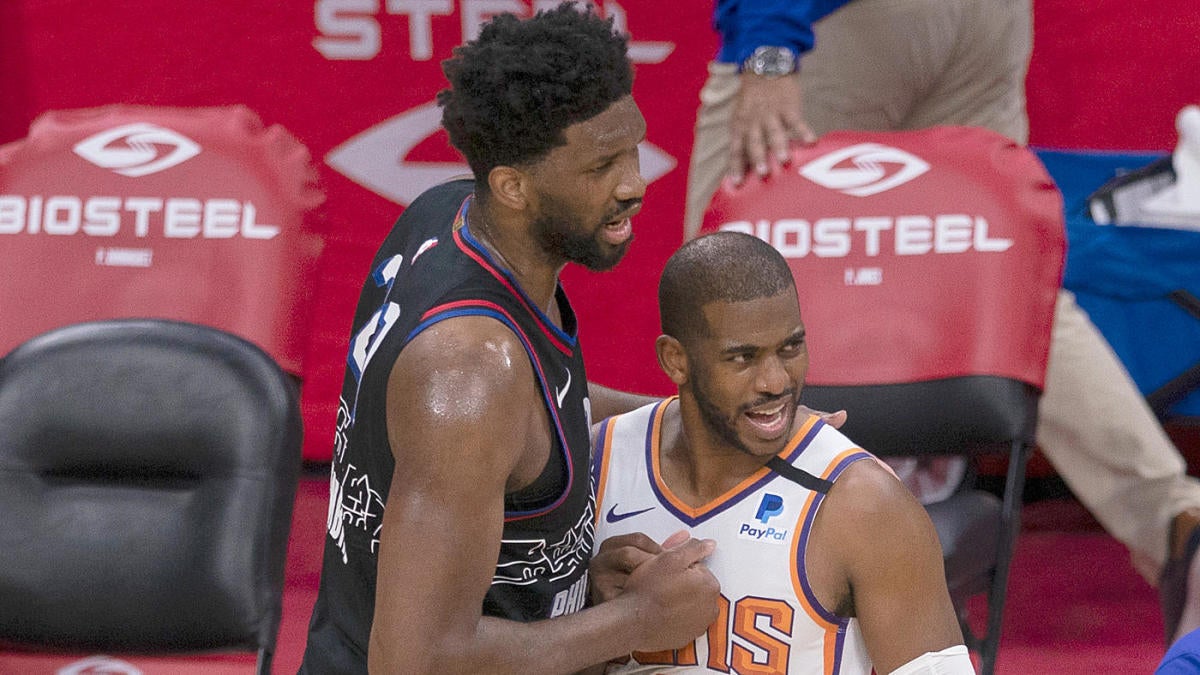