Ukraine has said it will continue to fight against the Nord Stream 2 after Russia announced the gas pipeline was completed.

The Kremlin said the pipeline, which runs from Russia to Germany, should be put into operation “as soon as possible”.

The controversial project, which began in April 2018, has for years been opposed by both Ukraine and the United States.

Critics say the 1,230-kilometre pipeline under the Baltic Sea will increase Europe’s energy dependence on Moscow.

But Russia’s state-controlled gas giant, Gazprom, hailed the end of construction as a success for Russia.

CEO Alexei Miller said in a statement on the company’s Telegram channel that the €10 billion project was “fully completed” on Friday morning.

The pipeline, owned by Gazprom, has also received investment from several European entities.

Ukrainian President Volodymyr Zelenskyy has described the new pipeline as a powerful geopolitical weapon for Russia.

Poland had also raised objections to Nord Stream 2 as the pipeline bypassed the country, while also depriving Ukraine of around €1 billion a year in transit costs.

Critics in Europe and the US also say that the pipeline is a betrayal of Kyiv, which has had tense relations with Russia since Moscow annexed Ukraine’s Crimean Peninsula in 2014.

The move led to the ousting of Ukraine’s former pro-Kremlin president and a separatist insurgency in eastern Ukraine. Earlier this year, Russia also massed tens of thousands of troops on the Ukrainian border.

And there are fears that Nord Stream 2 could facilitate a possible Russian invasion, as Moscow will no longer have to worry about Ukraine’s gas infrastructure to supply its main European customers.

“Ukraine will fight against this Russian political project until and after its completion and even after the start of gas deliveries,” Kyiv said in a statement.

But a presidency spokesperson added that Ukraine has received “guarantees” from Berlin and Washington that Russian gas will continue to flow through its territory “for at least ten years”.

For Russia, the completion of construction is a triumph, after years of diplomatic tensions when some believed the pipeline would never be finished.

Foreign ministry spokeswoman Maria Zakharova hailed the project as “one of the world’s biggest energy constructions” and said, citing Gazprom, that the first gas supplies could be made “by the end of this year”.

“We all have an interest in Germany giving permission for gas deliveries to start as soon as possible,” added Kremlin spokesman Dmitry Peskov in a telephone briefing.

Nord Stream 2 is expected to double Russian gas deliveries to Germany, at a time when European gas prices are at record highs in the face of low supplies this coming winter.

The pipeline, with a capacity of 55 billion cubic metres of gas per year, runs on the same route as its twin Nord Stream 1, which has been operational since 2012.

But Nord Stream 2 does face new EU rules on gas transport, despite appeals from Gazprom.

Washington has strongly opposed the construction of the pipeline, but in July, the administration of US President Joe Biden sought to bring the dispute to an end.

The US and Germany reached a deal to allow Nord Stream 2′s completion without the imposition of American sanctions on German entities.

But the two countries committed to countering any Russian attempt to use the Nord Stream 2 pipeline as a political weapon. 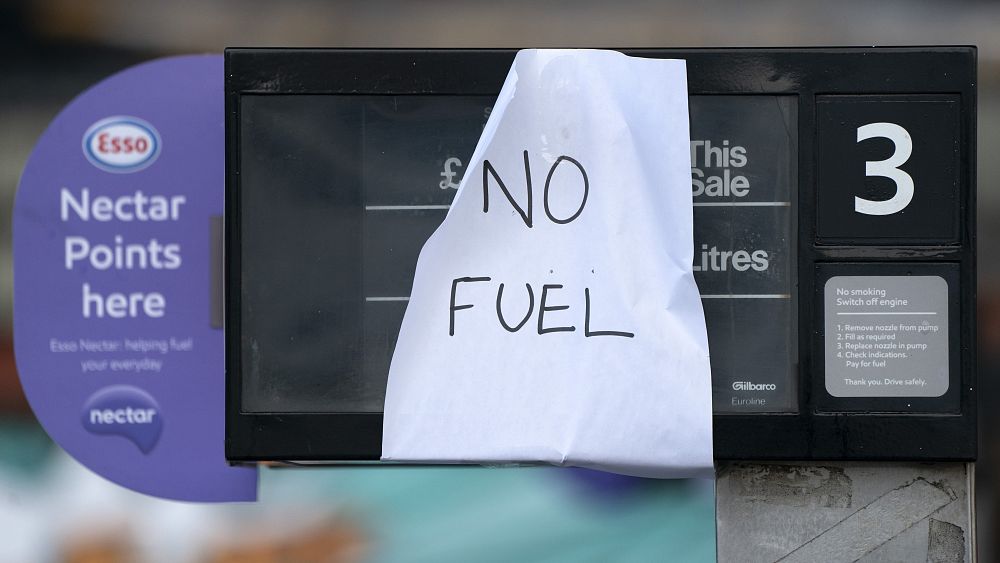 Ashley Blaine Featherson: “My Career Is a Love Letter to Black Women”
3 mins ago

Ashley Blaine Featherson: “My Career Is a Love Letter to Black Women”