Everyone of a certain age knows the iconic sex-ed scene in the 2004 comedy Mean Girls. The grossly incompetent school gym teacher, complete with tracksuit and stopwatch, warns a class of teens that if they have sex they will “get pregnant and die.” While funny and meant to represent a hyperbolized version of the sexual education that teens receive in school in the US, this is unfortunately not far off from the real thing.

It’s no secret that sex ed in America is broken, and has long been the basis of an ideological tug-of-war.

With over 15 years of experience in the sexual wellness space, artist and entrepreneur Ariel Saint White is working to better these numbers. Sex ed in America particularly fails women, whose bodies and sexuality are typically surrounded by shame and confusion. What if sex and female anatomy were normalized in childhood, girls grew up with an understanding of the changes in their bodies, boys recognized that the female body was to be respected, and consent was embedded within the fiber of our society?

Related: How This Startup Is Looking To Disrupt The Women’s Healthcare …

This was the world imagined by Saint White when she first founded My Little Yoni. Backed by OBGYN Dr. Debra Wickman, and other leading experts, My Little Yoni is “the world’s first vagina superhero,” a character who comes to life in toys and books. Yoni is reminiscent of a vulva yet comfortably nonsexual. As Dr. Wickman notes, Yoni “not only teaches the importance of all kids learning proper anatomy, but promotes body positivity, respect, and consent in an age appropriate way.” My Little Yoni packs a powerful message within a playfully colored and winged exterior.

Creating change at the root level

By providing accessible, doctor-approved sex education and tools to moms and kids, Saint White aims to create systemic change at the root level, providing parents and children with comprehensive sex ed that empowers better choices and shame-free development. After speaking to hundreds of other moms, Saint White realized how difficult parents find it to have sex ed related conversations with their kids.

These conversations have never been more important. As of 2020, only 20 states and the District of Columbia required that sex education programs include information about contraception. But 39 states require that sex education programs contain information about abstinence, and 29 of these require abstinence to be heavily stressed. Forget any mention of birth control, consent, or sexual orientation.

Saint White has found a niche in our society that lasers in on a problem that is under-discussed and often avoided. Shrouded with outdated taboo, sexuality and sex education are often pushed to the shadows without getting the proper attention they deserve.  Parents don’t know how to address these subjects with their kids, nor do they typically realize that the school system is leaving the youth grossly unprepared. As an organization, My Little Yoni would normally be overlooked by mainstream investors and advertisers, but by speaking directly to parents and with the help of doctors and sex educators, they were able to raise funds from the community they serve and tackle the problem.

With schools and the government failing us, it falls on parents to step things up and provide their children with early, accurate, and positive sex education. Yet for most, this is a difficult task that they can’t or won’t do, especially stacked up against the myriad demands of modern parenting.

“We have to stop expecting schools to provide this crucial education and instead help parents address these topics directly inside the home, leading to immediate, positive change that prepares our kids for the future,” notes Saint White. “Since most parents don’t know where to start, we wanted to make the process easier and more approachable, and My Little Yoni was a way to do that.”

The conversation doesn’t have to be so heavy

With My Little Yoni’s brightly colored body and heart-shaped face in the room, these conversations become easier to have—more enjoyable, positive, and open. My Little Yoni is uplifting and light while being an educational, fun and easy way of introducing a conversation that too often happens too late in life, if at all. Lisa, mom to Tuff, 5, and Nyla, 7, says, “My Little Yoni makes the subject more approachable, and that’s what we use toys and play for. It just makes it an easy topic to talk about.”

The symbols we surround ourselves with are powerful — often more so than words. Having Yoni around the home from a young age facilitates questions from children that drive these vital but often challenging conversations, removing stigma and supporting kids to be curious and even lead the discussion. Starting this kind of communication early enough helps girls feel in charge of their own bodies and make strides towards combating myriad issues from insecurity, to engaging in sexual activity before they are ready, to bullying.

“Working in the sexual wellness space, I witnessed how many women never received adequate sex education as children and struggle with shame surrounding their vulvas. I realized there needed to be resources for moms and kids to interrupt this cycle,” says Saint White. “We need to raise the next generation differently, where kids learn about vulva anatomy and sex as a normal part of life.”

The Yoni dolls have quickly become a favorite among new mothers. Jamilah Mapp, co-host of the popular podcast Good Moms Bad Choices, was an early adopter — My Little Yoni quickly became a favorite of her seven-year-old daughter. “In my household we use My Little Yoni as an educational tool, to learn about the basic anatomy of the body, and also as a tool to demystify the vagina!” says Mapp.

Now, Saint White has written Yoni Magic, a 10-part book series offering shame-free, medically accurate education on topics including periods, how babies are made, gender identity, LGBTQ+, consent, and more, each with eye-catching brightly-colored illustrations. A give-back model is central to their mission: For every book sold, My Little Yoni donates one book to at risk families across the nation. Saint White shares, “there are book deserts across the country where there might only be one children’s book for every 300 households. With our donation program we strive to not only provide necessary, quality sex ed resources but to simultaneously promote literacy and reading materials. Having your own books is a source of pride and learning that all children deserve.”

On March 30th, My Little Yoni launched a crowdfunding campaign to raise money to publish the book series and to provide free doctor-approved sex education to at-risk families across the country. Within 24 hours the kickstarter had met 108% of its original goal, demonstrating the need they seek to meet. As a benefit-focused organization My Little Yoni is committed to providing free, quality sex education, and all contributions help provide positive sex ed to families who need it most.

While the entire series will be published in June 2021, their first book Yoni Magic: The Amazing Truth, released in 2020, details vulva anatomy, the internal reproductive system, and how to treat vulva owners with respect. Candice, mom to ten year old Mallory, was struggling to talk about the body and reproduction with her increasingly curious daughter. Candice noticed that after reading the book with her daughter, “the difference in Mallory’s posture when she started reading vs. after she was done with the book was amazing! She sat up taller with more confidence.”

The Yoni Magic books are accessible to kids ranging from 3+ to 9+. Beginning sex ed early has proven to prevent unwanted pregnancies, STDs, and even abuse. One of My Little Yoni’s sex educator board members, Cath Hakason, notes that early sex ed also contributes to healthier body image and gender identity, better parent-child communication, making better and safer sexual decisions, and being more tolerant of individual differences.

As sex ed in the US has become more and more conservative, elsewhere in the world it has become more progressive. In the Netherlands, one of the most gender-equal countries, children begin learning about the body and sex at the age of 4.  On average, Dutch and American teenagers have sex for the first time around the same age, but American teens give birth at five times the rate of their Dutch peers, have a greater number of abortions, and have much higher rates of STI cases.

Beyond the statistics, the social attitude around sex is vastly different. Beyond their unparalleled gender-equality, young adults in the Netherlands sleep around less and communicate more with their partners. Referred to as “sexuality education,” the goal is bigger than arming students with the basics–it is about being able to have open conversations about relationships.

Benefits of early sex ed are long term. Resources like the Yoni Magic book series and the My Little Yoni doll aim to make this easier for parents. Many of us grew up with Barbie, who had no genitals — not to mention an inhuman waistline. While the education system may have failed many of us, Saint White shows that we can do better for the children in our lives. 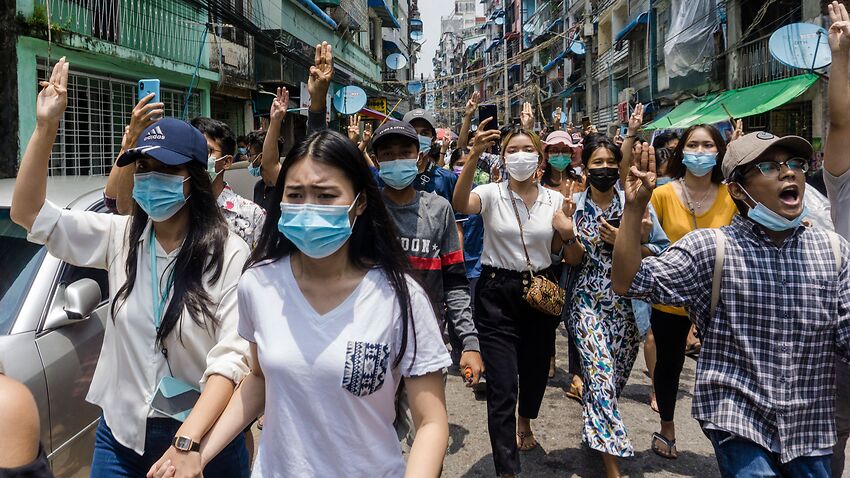