Five years ago Bill Gates got up on the TED stage and basically predicted the current pandemic and America’s shambolic response. Thanks to that talk, he’s now regarded as one of the most prophetic voices out there on the threat of new diseases. That means when he offers his opinion on what life after Covid will look like, we should all sit up and take notice.

Which is what the Microsoft founder-turned-philanthropist just did on the first episode of his new podcast. Together with actor Rashida Jones, Gates talks to fellow infectious disease heavyweight Dr. Anthony Fauci about progress toward a vaccine, the measures we should all be taking now, and his vision of life after Covid. Here are Gates’ top predictions.

1. Remote meetings will be normalized.

Before the pandemic you would probably worry a client might feel slighted if you opted to meet with them virtually rather than in person, but after Covid the calculus of when to go and when to Zoom will be very different, according to Gates.

“Just like World War II brought women into the workforce and a lot of that stayed, this idea of, ‘Do I need to go there physically?’ we’re now allowed to ask that,” he says. That will be true of work meetings, but also of other previously in-person interactions.

“The idea of learning or having a doctor’s appointment or a sales call where it’s just screen-based with something like Zoom or Microsoft Teams will change dramatically,” Gates predicts.

2. Software will have improved dramatically.

Not only will the idea of meeting at a distance seem more natural, but Gates also predicts the tools to do so will soon be wildly better than what we’re struggling with now.

“The software was kind of clunky when this all started, but now people are using it so much people will be surprised by how quickly we’ll innovate with the software,” he predicts.

If we’re doing more at a distance that means we’ll need to go into the office less, and that will have significant knock-on effects. The first of these will be felt in how companies make real estate decisions.

“I think people will go to the office less. You could even share offices with a company that has its employees coming in on different days than your employees are coming in,” Gates suggests.

The knock-on effects of more remote work won’t end there. They’ll also reshape our communities, Gates believes. Downtowns will be less important, bedroom communities will be more important (and we may even rethink the design of our homes).

“In the cities that are very successful, just take Seattle and San Francisco… even for the person who’s well-paid, they’re spending an insane amount of their money on their rent,” he points out. Without the anchor of an office you have to visit every day, staying in such expensive places becomes less appealing, and a bigger house in a smaller community with less traffic much more so.

5. You’ll socialize less at work and more in your community.

Gates also notes one final knock-on effect of these shifts in the way we work – the way we socialize will change too. You may spend less of your social energies at work, he predicts, and more with your loved ones in your local community.

“I think we may get the amount of kind of social contact you get from your work may go down, and so your desire to get more social contact in your community with your friends at night, you know, that might go up because, particularly, if we’re doing a lot of remote work, then our desire to socialize, our energy to socialize after we stop working, will be quite a bit greater. You could shift the balance there somewhat,” Gates tells Jones.

6. Things won’t go totally back to normal for a long time.

If that last prediction sounds appealing, the next one which Gates delivers in partnership with top infectious disease expert (and Gates’ long-time friend) Dr. Anthony Fauci is less cheerful. Even after a vaccine largely eliminates Covid from the U.S. things won’t go totally back to normal until the whole world beats the disease.

“There’s a phase where we’re going to have the numbers be super low in the United States, but it’ll still be out in other parts of the world, so you could get a resurgence. I think a lot of people will remain quite conservative in their behavior, particularly if they associate with older people whose risk of being very sick is quite high,” he says

Truly normality will return when not just the U.S. has the pandemic under control, but the rest of the world does as well.

7. The next pandemic won’t be nearly as bad.

If you’re bummed to hear it’s unlikely you’ll be attending concerts with tens of thousands of fellow fans next summer, Gates has one last positive prediction to cheer you up. While this pandemic has been a nightmare, he’s hopeful the next time a killer pathogen emerges, the world will do a lot better at containing it.

“The main reason it’ll have less destructive impact is we will have practiced. We would’ve done disease games like war games, and almost every country will respond like South Korea or Australia did where you’re very quickly testing people and quarantine people, and our tools for testing will be way better. We won’t be this stupid the second time around,” he concludes.

Take all this together and an optimistic picture emerges of a future of more efficient work, tighter communities, and greater disease preparedness. But in the meantime we still all have a lot to get through. Check out the complete conversation between Gates, Fauci, and Jones for advice on how we can all pull together to weather the hard months to come. 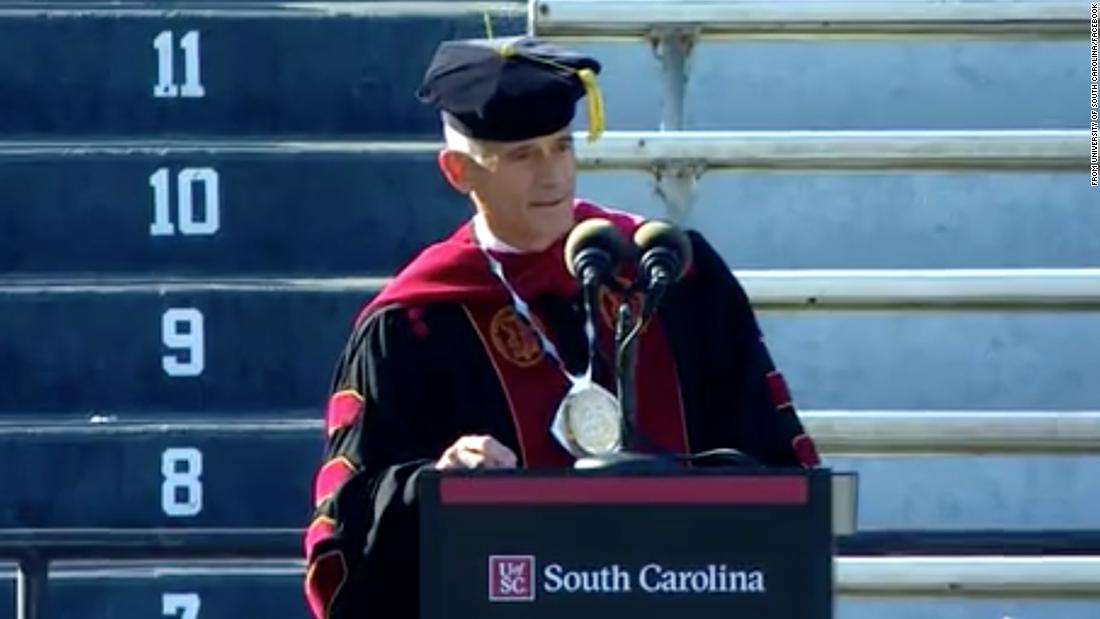 Labor questions whether Scott Morrison is ‘lying’ over Taiwan ‘one country, two systems’ comments
3 mins ago