Family first. While NeNe and Gregg Leakes’ relationship hasn’t been easy, the pair remained doting parents and grandparents to their expanding brood over the years.

The couple originally tied the knot in 1997 before welcoming their son, Brentt Leakes, two years later. Following NeNe’s debut on The Real Housewives of Atlanta, the duo’s relationship was on the rocks before splitting in 2011 after 14 years of marriage. They later reconciled less than two years later and eventually remarried.

Before her marriage to Gregg, NeNe welcomed son Bryson Bryant from a past relationship, while Gregg has five additional children: Denton, Daryl, Damian, Dexter and Katrina.

After the pair tied the knot, Gregg — who died in August 2021 following a battle with colon cancer — admitted it was a challenge to merge their families initially, but love helped to make the transition smoother.

“NeNe loves my children, and truth be known, my children, all 5 of them, have nothing but love for her,” Gregg wrote in a blog for Bravo’s The Daily Dish in September 2013. “Thing is, it’s up to me to get all this love floating around in the air to descend on each of us.”

For her part, NeNe explained via the blog post about the challenges of parenting post-divorce.

“Divorce is hard on everyone in the situation,” the Glee alum wrote at the time. “The way Gregg and his ex-wife chose to divorce and be bitter with each other produced hurt children. I hope our situation helped someone watching.”

NeNe is also a doting grandmother to Bryson’s children: Bri’asia and Brayden. In August 2019, she gushed about the two elementary schoolers alongside a snap of the three of them cuddling. “Anddddddd my babies are off to 1st and 2nd grade #glamma #lovemybabies,” she captioned the Instagram pic.

After Bri’asia’s birth in 2014, NeNe gushed to In Touch about becoming a first-time grandmother who had wanted a little girl. “And now I have one,” she told the outlet. “She’s just adorable.”

She even made to pass her glamorous lifestyle onto the tot. “I paid for everything in the nursery: the clothing, the diapers. I don’t want her to feel strapped,” NeNe said, noting that she purchased a pair of Gucci shoes, an assortment of dresses and sparkly headbands for her granddaughter.

“You get to eat candy, ice cream, stay up late, run, everything but break something, you can do anything you want to,” she previously told The Daily Dish. “I love it, by the way. [Bryson] sends me a list and say, ‘Well, she’s not supposed to eat this, this, and this,’ and I said, ‘Honey, please keep your list. ‘Cause that’s not going to work, child.’”

The Atlanta-based family frequently has fun together, including making group TikTok videos together amid lockdown. “Ok my son @kingbrentt got me on Tik Tok,” NeNe captioned an Instagram video of the family taking on a lineup challenge in March 2020. She added the following hashtags to her post: “#glambaby #brotherinlaw #wewon #quarantine #familytime #inthehouse #lysoleverything.”

Scroll below to see the Leakes family’s best memories throughout the years: 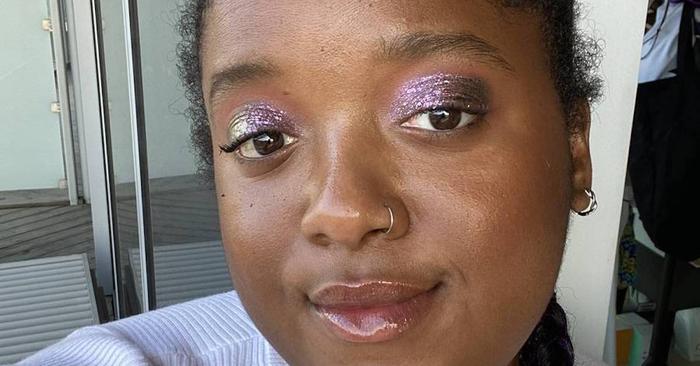 This £9 Glitter Eye Shadow Is Trending on TikTok Right Now, and I Just Tried It
5 mins ago