Back in the 1950s any ambitious young motorcyclist could build quite a nice dirt-track racer around a Triumph 500 twin engine. Racing parts were available in the East from Tricor, in the Western states from JoMo, and there was also a creative aftermarket. Many, many riders built and raced such bikes. Such builders/riders learned a lot.

If you’ve ever read ads for aftermarket cams, you’ve seen the hyper language, and if you’ve been left for dead by a national-number holder, you’ve hungered for more power. Never mind those “sixes and nines” cams recommended by the dealer; the temptation is to throw in a Superstomp Bonneville-only peak-power killer grind.

At its most basic, the four-stroke internal-combustion engine is just an air pump, and so is wonderfully controllable. The throttle grip controls two air slides (one in each carb on that 500 twin) that vary the amount of fuel/air mixture flowing to the cylinders. When you want more torque, you twist the grip, and the engine responds in proportion. What you twist is what you get. Drum brakes were a staple of motorcycling until the late 1960s when disc-brake technology was introduced and later made production on the Honda CB750. (Cycle World Archives/)

But when you throw in those long-duration cams to get more peak power, you introduce a compromise. Keeping the intake valves open longer past bottom dead center does let in more mixture, but only at high rpm where the mixture velocity is also high, so high that it’s not stopped by the piston as it rises on its compression stroke. At high revs and high intake velocity, the air keeps right on charging into the cylinders for many degrees after bottom dead center. Then, when the valves close and trap all that mixture, ignition results in an extra-high peak pressure that really kicks out the torque.

But what happens at the lower revs where you’re just beginning your drive off the turns? Here the intake velocity is much lower, lacking the energy to keep on flowing into the cylinders against the rising piston. Instead, this slower intake flow is stopped by the piston’s rise, and a fair fraction of it is even pushed back out of the cylinder. Since torque depends on how completely your engine can fill its cylinders with mixture, this drop in mixture flow equals weak engine torque.

Now as you twist the throttle to accelerate off a turn not much happens; long cams make engines weak on the bottom. As you instinctively open the throttle more to compensate, engine revs are just reaching the point where the long intake-cam timing starts to work. Bad combination! A big torque spike goes to your rear tire, your bike kicks sideways, and no matter how fast you snap the throttle closed, your sideways bike has your full attention as everyone passes you left and right, the result of the infamous “light-switch power.” Later in the pits you overhear another rider say, “I went past that new kid like he/she was stopped!”

That new cam may be hard to manage, but it undisputedly makes some serious power. “If I can just learn to ride it,” you think to yourself, “nobody’ll see which way I went.

So you try, but the torque curve is just too steep. Laid over the torque curve for the stock engine, you see what is happening. Stock torque rises at lower revs, then levels off and stays there until it fades near peak revs. But the curve for the long cam stays low until you get to fairly high revs, where it suddenly shoots up. That sudden rise is usually too much for us humans. Ex-500 GP rider Kevin Schwantz has spoken of the need to know when to quickly turn the throttle backward to avoid being pitched on your head by a sudden torque rise (those two-stroke 500s were anything but smoothly linear). In my own mind I call rider efforts to deal with such a sudden torque rise “Schwantz’s roll.” But remember, he is a world champion, and the rest of us can’t expect to do as well. Brembo is a leader of modern-day braking technology. Here, a Monoblock caliper clamps to a ceramic carbon disc. (Brembo/)

Out With the New, in With the Old

Back to our 500 dirt-tracker with its hot cam: That long cam has destroyed the predictable proportionality between throttle angle and engine torque. The cam begins to push out fast-rising torque right in the middle of the corner, where you need traction more than power to get the best drive from the rear tire’s limited grip. You want the ability to control torque to a fine degree here, and instead torque rises so fast a mere mortal’s right hand can’t modulate it.

With a sense of resignation, you roll your homebuilt Triumph into your shop and tear into the process of replacing those long cams with a grind that has worked well for successful riders, a grind that restores the proportionality between throttle twist and rear-wheel driving force.

Something similar happened with brakes. In a sudden revolution, the pitiful rim brakes and 3-inch drum brakes of the early 1920s were replaced by hefty 8-inch drums. And then, as growing engine power raised top speeds, friction material became ever more grippy. To gain even more effect, “leading-shoe” construction located the brake-shoe pivots such that the wheel’s rotation caused a self-servo action that tended to drive the shoes against the insides of the drums even harder.

By the 1960s this resulted in powerful but touchy double-sided four-leading-shoe drum brakes, some as large as 10 inches or more. Because they were designed to give maximum braking, they could not be accurately modulated; it was pretty much all or nothing. This best suited a riding style of braking only while upright, as mistakenly applying a bit too much brake while leaned over in a corner was a good way to lose the front and lowside onto the pavement. Get your money’s worth from those tatty black leathers!

At the end of the 1960s, British rider Peter Williams successfully experimented with a disc brake and caliper from a racing car, fitting them to his famous G50 Matchless “Wagon Wheels” (it had cast wheels instead of wire spokes). Williams’ brake was both extremely powerful (operated by hydraulic pistons instead of wire cables) and easy to modulate. With the caliper’s pistons at right angles to the disc, there was zero self-servo action; the brake torque was in direct proportion to the lever force applied by the rider. This new linear smoothness made it possible to accurately trail-brake to the corner’s apex, knowing that brake torque would not suddenly spike and give your suit a workout.

Honda daringly put a disc brake on its epoch-making four-cylinder CB750 streetbike in 1969, instantly relegating all other production motorcycle brakes to museum exhibits. (Admittedly some of those big drum brakes were beautiful to look at.)

When I built my homemade H2R 750 Kawasaki roadracer for the 1972 season, we took it to Daytona with the four-shoe 250mm Fontana drum brake from our 500. Wrong! Every lap, on the approach to turn 1, my rider Cliff Carr lost 100 feet to the disc-braked bikes. Every lap. When a respected old-timer came up to me in the pits saying, “These new disc brakes are a fad that will pass,” I replied, “That’s OK for you, but as soon as I get this brakeless pile back to my shop it’s getting two discs up front.”

The disc brake was superior because it gave riders more accurate control of brake torque. It was linear in its response; if the rider added 10 percent, 11 percent, or 12 percent more lever, the result would be 10, 11, or 12 percent more braking force. With braking made so controllable and predictable, riders were able to use the brakes in a wider variety of circumstances—including trail-braking. Put another way, what you squeeze is what you get.

Honda’s classic air-cooled four-stroke Grand Prix bikes of the 1960s had an individual header and megaphone for each cylinder, which is why the 18,000-rpm six-cylinder 250cc RC166 had three melodious megs per side. Rob Muzzy has said, “For peak power, nothing beats individual megaphones.”

That setup was just fine for small-displacement racers such as Honda’s 50cc twin, 125 five, and 250 six. But when the same execution was applied to the first of the new mid-1970s AMA superbikes, their unsmoothness combined with their big 1,000cc engines was too much. Ever heard of “megaphonitis”? That was why Manx Nortons had zip below 5,500 and signed off at 7,000—a narrow 1,500-rpm powerband. Overnight, 4-into-1 pipes became a big aftermarket industry, making fortunes for more than one go-getter like Hideo Yoshimura. Four-into-one exhaust systems were adopted by superbikes in the mid-1970s, but proved inefficient to do a flat spot of torque. Four-into-two-into-one exhausts provided more approachable and predictable power delivery. (Cycle World Archives/)

Yet even 4-into-1s had a problem: a flat spot of low torque just before the engine revved into its solid powerband. Trying to accelerate out of a corner with that flat spot in your way was a recipe for getting knocked down by engine torque as it flew up out of the hole and into the good stuff, just as it had been with those cammed-up Triumphs.

Builders tried everything to tune out that flat spot, but nothing worked. Dynojet founder Mark Dobeck got angry letters from people claiming the flat spots were his fault, as if they didn’t exist before Dynojet’s new low-cost dyno revolutionized motorcycle engine development in the US!

A tuned pipe increases torque by returning a negative wave to the cylinder, arriving just as the exhaust valves are about to close and the intake are just opening. That low-pressure wave pulls inert exhaust gas out of the cylinder (good) and then starts the intake process early by starting fresh charge moving into the cylinder (extra good). But at some lower rpm it is not a negative wave that arrives at the cylinder; it’s a positive wave (they alternate endlessly in the pipes—positive, negative, positive, ad infinitum). The positive wave stuffs more exhaust back into the cylinder (bad) and then back-flows into the intake pipe, filling it with exhaust as well (extra bad). And on carbureted bikes, because carbs can’t tell which way air is flowing through them and can’t tell exhaust gas from fresh mixture, they obediently add extra fuel to this back-flowing exhaust gas (extra bad with a side order of bad), and then add even more fuel as that air reverses direction. The result is an epic torque flat spot resulting from both dilution by exhaust gas and from over-rich mixture. (The process of adding fuel each time air in the carb changes direction is called “multiple carburetion.”)

Then came the 4-into-2-into-1 pipe. By placing an extra junction in the path of the exhaust, the 4-2-1 could generate a negative wave that would pretty much cancel the bad positive wave producing the flat spot. Suddenly dyno curves became beautifully smooth as the evil flat spot was filled in. The next March in Daytona I walked from garage to garage, looking for 4-into-1s, and I couldn’t find even one.

Riders, freed of having to compensate for the flat spot and for the steeply rising torque just above it, could give more attention to riding and less to defending themselves from being sabotaged by their own torque curves. They went quicker. Again, what you twist is what you get.

More recently, the fixes for unsmoothness have been based upon electronic sensors and digital computing. But the principle is the same: If you can give riders smooth, predictable controllability with no surprises, we can ride with greater confidence and security. 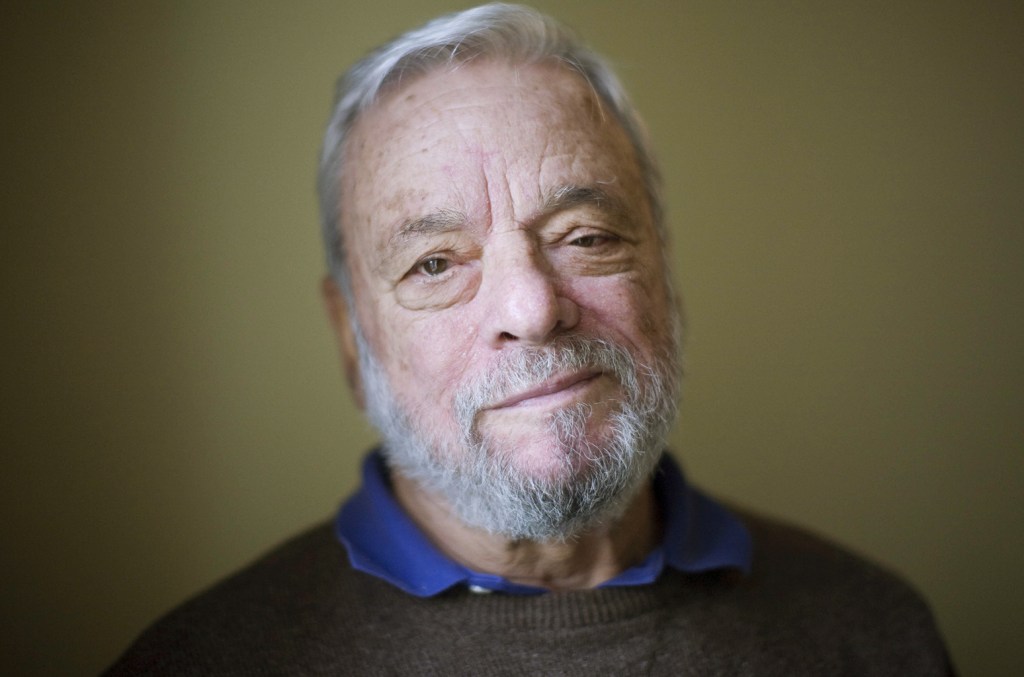 Stephen Sondheim, Master of Musical Theater, Dies at 91
5 mins ago 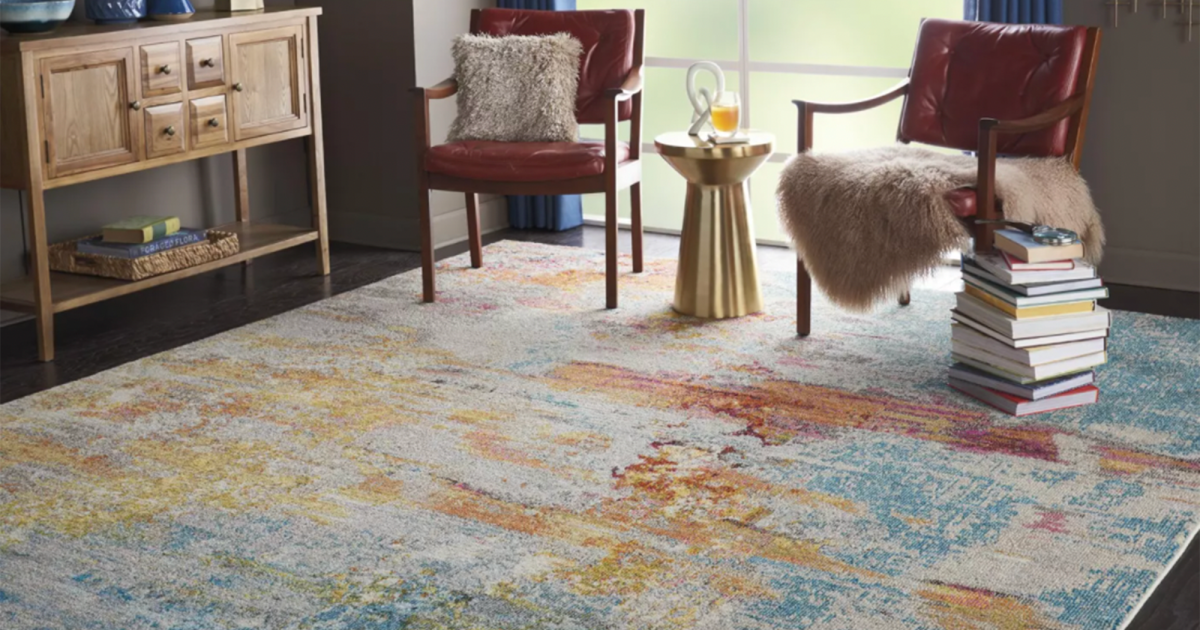 Stop Everything: Skims is Having a Bi-Annual Sale
13 mins ago

Stop Everything: Skims is Having a Bi-Annual Sale