For decades motorcycle firms have been trying to find ways to use the lightweight strength of carbon fiber in bike frames but with a handful of expensive exceptions everything on sale today still uses steel or aluminum chassis construction.

The simple fact is that carbon fiber is tough to mass produce, particularly in complex, structural components, but few companies are better positioned to solve that problem than BMW, which has now filed a patent that shows how it might incorporate carbon into the frame of the S 1000 RR superbike in the future.

BMW’s experience with mass-made carbon dates back nearly two decades. Back in 2003 the company launched its M3 CSL sports car with the entire roof made of carbon instead of steel or aluminum, and since then it’s made further leaps including the development of the i3 and i8 cars with complete carbon unibody frames. On two wheels, the same technology led to the development of the ultraexpensive, track-only HP4 Race superbike, based on the last-gen S 1000 RR. The new BMW patent application shows how the benefits of carbon could be added to the new S 1000 RR without the vast cost penalty of the HP4 Sport.

The idea is actually quite simple; carbon fiber strengthening panels are added to a conventional aluminum beam frame, allowing the alloy part of the structure to be made thinner, lighter, and less strong with the carbon parts reintroducing the lost rigidity. What’s more, it means that the rigidity balance of the frame can be easily altered or tuned by simply redesigning the carbon panel, which itself is a single molding that’s much easier to manufacture than a complete frame. The carbon fiber brace (labeled #30) would be used to tune the rigidity of BMW sportbike frames with the ability to change them out to suit the track conditions and layout. (US Patent Office/)

If you’re thinking this idea isn’t entirely new, you’re right. Today’s MotoGP bikes regularly use carbon strengthening panels strategically positioned on their aluminium frames, adding extra rigidity in torsion or flex just where it’s needed. The idea hasn’t made the transition to production bikes though, and BMW’s patent adds another twist to the idea by making the carbon parts removable and replaceable.

At the moment, the carbon used on GP bike frames tends to be bonded into place, but BMW’s plan is to bolt the panels in place using strategically positioned mounting brackets. There are several advantages in this approach. One is that the panels aren’t permanently attached, so the carbon parts can be easily replaced with a different design, perhaps to suit the rigidity needs of a particular circuit or a rider’s preferences. Even simply changing the direction of the carbon fiber weave alters the material’s rigidity characteristics.

The BMW design also makes for simpler manufacturing on a production line, while more subtle benefits come in the frame construction itself. In the patent, the carbon part is shown at the corner of the frame, above the swingarm pivot, where the subframe mounts to the main chassis. It bolts on to five threaded holes in the frame—four of which are already present on the existing S 1000 RR’s chassis. Another matching carbon brace would be bolted to the other side of the frame. As an additional benefit, the design means there’s no need to weld aluminium stiffeners into the chassis, a process that introduces heat that could damage the alloy or alter its characteristics.

Given that BMW already has factories dedicated to mass production of carbon parts, churning out large numbers of bolt-on frame stiffeners would be an easy, low-cost route to getting the benefits of carbon into a motorcycle chassis. BMW has previously put forth patents using carbon fiber tubing like that seen on the Vision DC Roadster. (BMW/)

Luca, Fatherhood, and every new movie you can watch at home this weekend
3 seconds ago 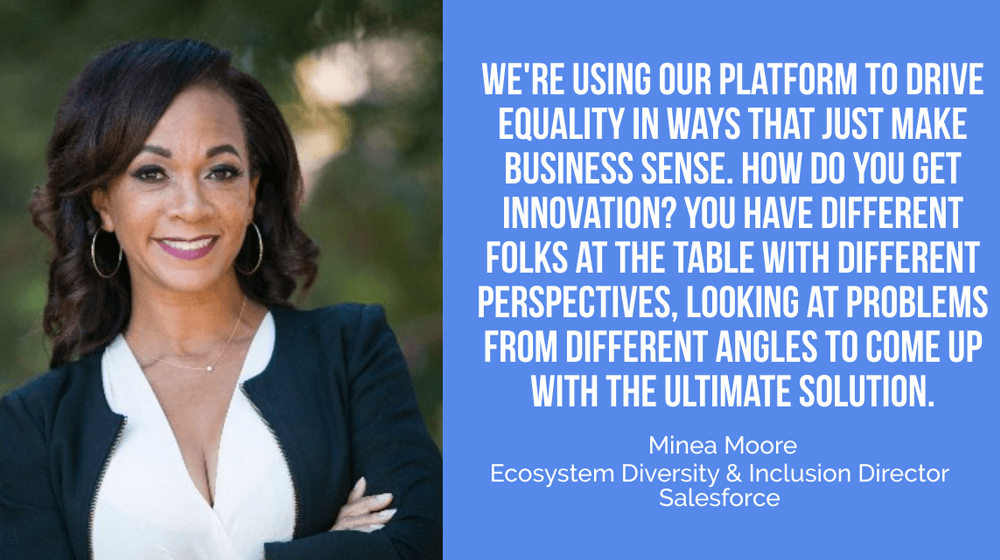 Minea Moore of Salesforce: Businesses Can be in the Business of Doing Good and Driving Inclusion Without Sacrificing Performance – Small Business Trends
7 mins ago

From Lady Gaga to Maroon 5, here are some of the artists touring this summer
12 mins ago