The 2022 Indian Chief Dark Horse in Alumina Jade below the Golden Gate Bridge in San Francisco. MSRP for this bike is $16,999. (Jeff Allen/)

Minimalism is often the sign of a craft perfected; as master modern architect Ludwig Mies van der Rohe said: “Less is more.” To reduce, subtract, and refine until you are left with only what’s needed. To take away the clutter but not the spirit. In this case, to shave about 120 pounds and 4 inches off of the previous Chief model, refine chassis design, and produce a new motorcycle that can do more with less. The 2022 Chief Dark Horse is part of Indian Motorcycle’s first major update to the heavyweight cruiser lineup in a decade, but redesigning a Big Twin is treading on hallowed ground.

The two men leading design on this project are not only experienced and proven designers, but riders, customizers, and passionate motorcycle people. Ola Stenegärd is Indian’s director of Product Design following a 15-year career at BMW (an interview with Stenegärd will be coming soon here at Cycle World). His hand-built 1972 Shovelhead chopper, Forsaken, is one of my all-time favorite builds. Rich Christoph is the lead industrial designer for this rejuvenation of Indian’s flagship as he was on the Scout, FTR750, FTR1200, and Harley-Davidson’s Nightster. When I called Christoph he was in between restoring some 1920s farm equipment, his 1974 Kawasaki G3SS, and preparing to go ice racing the coming weekend. Both of them speak with the fervency that only comes from living one’s passions. They’re the type of people I want designing my motorcycle. Ergonomics on the Chief Dark Horse were designed for riders 6 feet and under, but other models are made to accommodate taller riders. (Jeff Allen/)

“When you do a classic American cruiser, one this simple and this clean, honoring the Indian name, I always fall back to Ola’s and my knowledge about the customer, what they’re going to want to do with it, and what makes a motorcycle stand the test of time,” Christoph says. “You have to be a rider. You have to be involved.”

There’s a raw beauty in the air-cooled American V-twin. The rumble of the engine and its space to move in the frame, which you can also see. It’s honest. It has to be. A rider has to look at the bike and see the potential for customization. This simplicity and space had to be maintained. “Everything starts with the frame,” Stenegärd says. “No pressed steel hiding where you can’t see it, nothing ugly appears when you lift the tank. The frame itself needs to be a piece of art.”

Every piece of the frame has some sort of curvature or flow to it. The welds are clean and nicely finished. Small details like recessed engine mounts show the time and attention paid to subtle but impactful features. The gooseneck and window created behind the steering head at the front of the frame is more a reference to V-twin customs with pulled-back gas tanks than it is to anything in Indian’s lineage, but it works. It works very well. The line from gas tank, through the seat, down through the shocks to the rear axle is, as Christoph said, simple and clean. And, as intended, being able to see so much of the tubular steel frame has my mind spinning as I consider custom potential. Powering the Dark Horse is Indian’s Thunderstroke 116, an engine that I have put about 15,000 delightful miles on since 2019. For 2022, the 1,890cc, two-valve-per-cylinder, pushrod twin has been slightly modified for the entire air-cooled Indian line, adding frame mounts to the front cylinder to increase the chassis’ torsional rigidity, and slimming down the primary cover to make a little more room near the rider’s left foot. New throttle maps, Rain, Sport, and Standard, were also designed for the Chief application, specifically to meet Euro 5 emissions standards and work with the new intake and exhaust setups. Cruising along at 70 mph, the engine spins an effortless 2,500 rpm. Shifting is smooth and definite. The open-road origins of the Thunderstroke are clear as the Big Twin purrs along down the highway. The air-cooled 49-degree V-twin pulses in the frame, giving the rider the connected feeling that is so important in the cruiser riding experience. But the ride-by-wire and throttle sensor placement result in a vague throttle feel that leaves something to be desired. The clutch feel is also barely existent, so it took some getting used to before I could achieve hard launches in Standard or Sport modes without spinning the tire.

The new Chief family consists of three models, Chief, Chief Bobber, and Super Chief. Each model is offered in base trim with a Thunderstroke 111, as well as a Limited or Dark Horse version with chrome or black trim, respectively, and the Thunderstroke 116 engine. The Super Chief is Indian’s more touring-oriented model with 16-inch spoked wheels, swept-back bars, a pillion seat, soft saddlebags, floorboards, and a quick-detach windscreen. For those looking for a more traditional cruiser seating position, the Bobber comes with the same 16-inch wheels, forward foot controls, and mini ape handlebars. With drag racing-inspired handlebars, solo seat, and mid-mounted foot controls, the base-model Chief and Chief Dark Horse have the most aggressive, stripped-down aesthetic and ergonomic package of the lineup. Window in front of the gas tank. (Jeff Allen/)

In the center of the Chief’s handlebars a new, circular, 4-inch Ride Command display serves as the bike’s control center. Navigation, gear indicator, speedometer and tachometer, music through Bluetooth, caller ID, and more are displayed on the touchscreen, navigated with an easy-to-use joystick near the left thumb. Best of all, when the bike is off, it doesn’t look like a big screen, just a normal, classic round gauge.

Each Chief model comes with Pirelli Night Dragon tires, a solid improvement over the Metzeler Cruisetecs on previous models. While they admittedly trade high mileage for grip, the spirit of the Dark Horse tells you to carpe that diem and throw caution to the wind. Like all air-cooled Indian models, traction control is not an option, so with a claimed 120 pound-feet of torque on a 672-pound bike (measured ready-to-ride on our scale), the added grip is very much appreciated.

The Chief’s ZF-manufactured suspension offers remarkable performance. The fork is plush but stayed tight and consistent throughout even our most extreme testing, with minimal brake dive and smooth rebound. The shocks, despite their short 3-inch travel, were also impressive, making everything but the largest bumps disappear, and again, smooth and consistent compression and rebound give the Chief a planted feel, even when maneuvering cut-up canyon roads with haste. A 29-degree rake on the Chief had me skeptical, but with 5.2 inches of trail, it has surprisingly neutral and responsive handling. The center of gravity is low, giving it a nimble and well-balanced feel. At speed, the Chief easily drops into turns, follows the intended line, and straightens back out with low effort at the bars. At parking lot speeds, the same balanced feel remains, though the vague throttle and clutch feel make precise application challenging at first.

Despite a listed spec of 28.5 degrees of maximum lean angle, I was able to push the Chief through mountain roads quickly, only very slightly limited by scrape points. Mid-controls make it easy to shift your weight for real canyon carving, and footpeg feelers give enough warning before scraping hard parts (frame on the right, kickstand on the left). The Pirellis are, again, very appreciated. I found myself pushing the Chief harder and harder trying to get it out of its comfort zone, and it was not an easy task.

A moment of solitude along the California coastline while enjoying the Chief on winding roads. (Jeff Allen/)

The solo seat on the Chief, despite being somewhat small for the class, is exceptionally comfortable. I remarked on it several times in testing, never getting sore or achy there. At 6-foot-4, I was cramped on this model, but only felt some discomfort in my hip flexors during longer stretches on the highway.

The Chief walks the line of modern, luxurious amenities, the electronic clutter that comes with them, and classic minimalistic design. You can see the Indian logo cast into the neck of the frame, but a thick wiring loom from the display hangs down to obstruct that charming window view. The engine rouses itself with a satisfying rumble, but only after you hit the power switch, hear the whistle of the fuel pump, wait for the screen to turn on, and then hit the ignition. Large plastic covers hide electronics beneath the seat. They are slight compromises in an otherwise tight and tidy machine, but they do exist. Minus about 120 pounds and 4 inches from previous models, the new Chief is a much more versatile beast. (Jeff Allen/)

Customization has been built into the Chief in more than just its inspirational design. Parts will fit across all three models. Exposed shocks, though they function beautifully, can easily be replaced to adjust ride height and performance. The tubular steel frame can adapt aftermarket gas tanks, or be cut and welded for those serious about customization. Exposed risers open up handlebar options. There is great potential here.

When Harley-Davidson canceled the Dyna line to expand new Softails in 2018, there was a void left in the cruiser market. As high-performance customs continue to trend in this space and American V-twin racing quickly gains popularity, the Chief’s clean, simple layout presents itself as an excellent candidate for performance-oriented customization. With a solid chassis and upgrades already available for the Thunderstroke engine, the platform is there; time will tell how the aftermarket accepts it. The angle of the Chief’s rear shocks helps to continue the visual line of the frame to the rear axle. (Jeff Allen/)

The approach to the new Chief is honest, but modern. The bike is built to ride hard and it feels that way. It’s sturdy, simple, steel. Riding the bike is an incredible experience and Indian has truly brought a new level of competition to the heavyweight cruiser segment. By prioritizing the customer, valuing their legacy, and holding steadfast through homologation, Stenegärd and Christoph have helped Indian keep the soul and produce a new American icon. Like a postcard, Indian’s new Big Twin sits before a silhouette of the Golden Gate Bridge in the background. (Jeff Allen/) 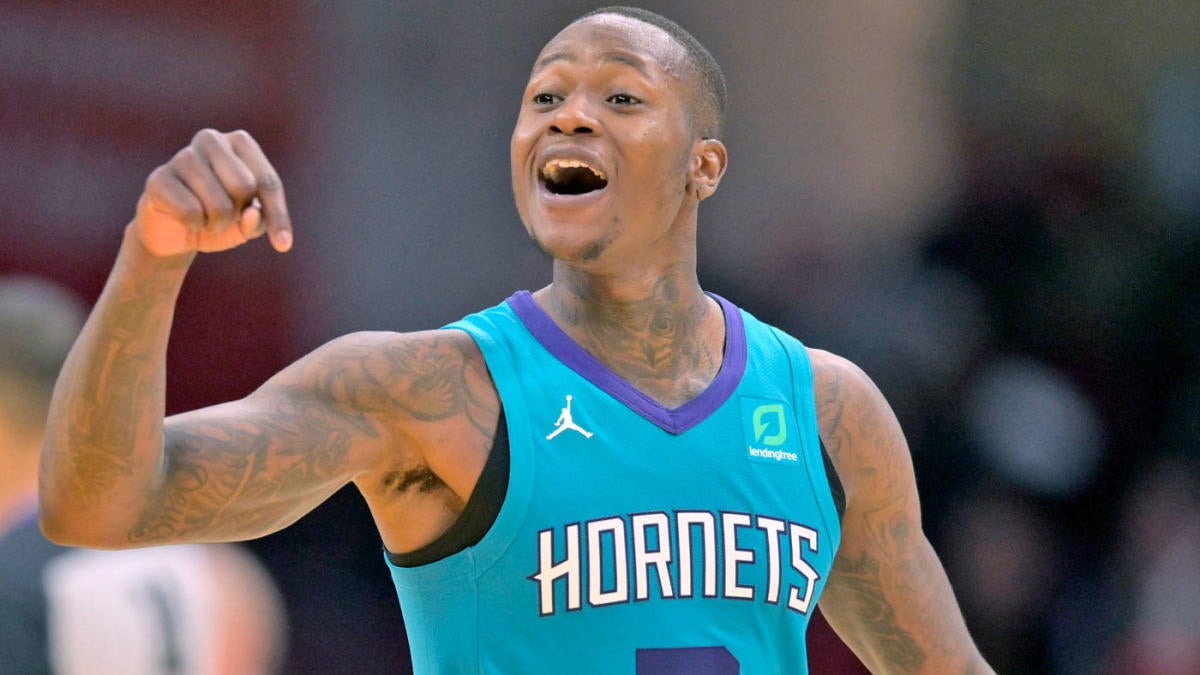 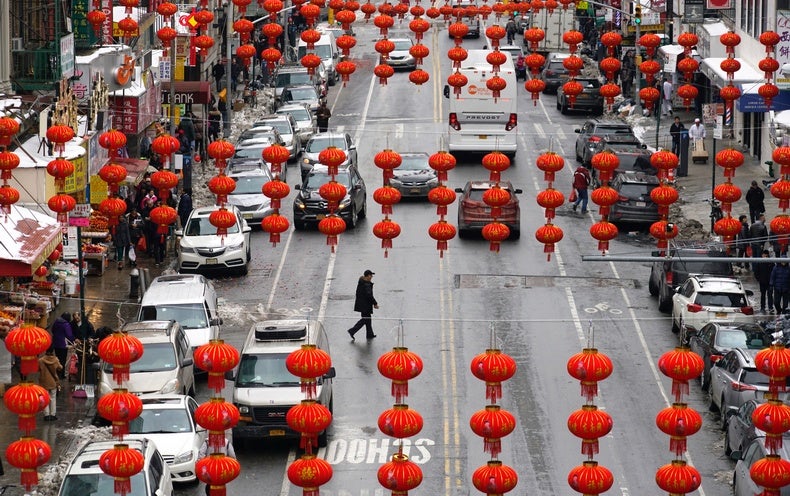 Best Car Insurance in Arizona: Everything You Need to Know
11 mins ago