IonQ today laid out its five-year roadmap for trapped ion quantum computers. The company plans to deploy rack-mounted modular quantum computers small enough to be networked together in a datacenter by 2023. And it expects to achieve broad quantum advantage by 2025.

In October, IonQ announced a new 32-qubit quantum computer available in private beta and promised two next-gen computers were in the works. When we asked for a roadmap, the company promised to deliver one “in the next six weeks or so.” And here we are.

Quantum computing leverages qubits (unlike bits that can only be in a state of 0 or 1, qubits can also be in a superposition of the two) to perform computations that would be much more difficult, or simply not feasible, for a classical computer. The computational power of a quantum computer can be limited by factors like qubit lifetime, coherence time, gate fidelity, number of qubits, and so on. As a result of all these factors and because the industry is nowhere close to a consensus on what the transistor for qubits should look like, it’s difficult to compare quantum computers using a single metric. (It’s also difficult to compare classical computers using a single metric, but quantum computing companies are grasping to show their tech is best.)

We talked to IonQ CEO Peter Chapman, who has previously explained how quantum computing will change the future of AI, about how his company put together its roadmap. “Generally our plan over the next couple of years is doubling the number of physical qubits every year to 18 months throughout the decade,” Chapman said. “However, physical qubits really don’t tell the whole story.”

So IonQ defines Algorithmic Qubits as “the largest number of effectively perfect qubits you can deploy for a typical quantum program.” The benchmark takes error correction into account, has a direct relationship to qubit count, and represents the number of “useful” encoded qubits in a particular quantum computer. Algorithmic Qubits is a proxy for the ability to execute real quantum algorithms for a given input size.

IonQ has even introduced an Algorithmic Qubit Calculator to help you compare quantum computing systems. Unsurprisingly, IonQ’s quantum computers come out on top using this metric.

IonQ is hoping Algorithmic Qubits replaces comparisons based on the number of physical qubits. We’ll know soon enough whether competitors like IBM, Honeywell, Xanadu, and Psiquantum choose to play ball or not.

Regardless, IonQ is laying out its roadmap using its new Algorithmic Qubits metric. The company will focus on improving the quality of its quantum logic gate operations to continue to increase Algorithmic Qubits, or usable qubits. It will then work on implementing quantum error correction with low overhead and scaling the number of physical qubits to boost its metric further.

IonQ’s recently released 32-qubit system with 99.9% fidelity features 22 Algorithmic Qubits. The chart above shows that its second next-gen quantum computer will feature 29 Algorithm Qubits. “In 2023, we expect to have enough qubits to be able to start early quantum advantage in building for machine learning,” Chapman said. “And we’ve seen in this last year with the 32-qubit system, some early progress that allows these noisy systems to be able to take advantage of machine learning. So I think that will be the lowest-hanging fruit that we can see coming.”

“Most people agree at about 72 qubits or so is the place where broad quantum advantage starts,” Chapman said. “That’s where quantum computers start to take on supercomputers. We’re probably looking into a roughly 2024-2025 timeframe for that. How we plan to get there is by 2023 to have a rack-mounted quantum computer, maybe 6U high running at room temperature, and all sitting on a quantum network.”

IonQ is using the term “broad quantum advantage” as a measure separate from the quantum supremacy milestones achieved last year by Google and last week by Chinese scientists. “Those things are great science experiments, but they’re very academic milestones,” Chapman said. “What we’re talking about here is a line of application developer sitting at some corporation and making a decision as to whether or not to run it on a quantum computer, on the cloud, or on supercomputers. It’s not an academic exercise. It’s really at that point where average developers are saying, ‘Oh, I think this would be better on a quantum computer.’” 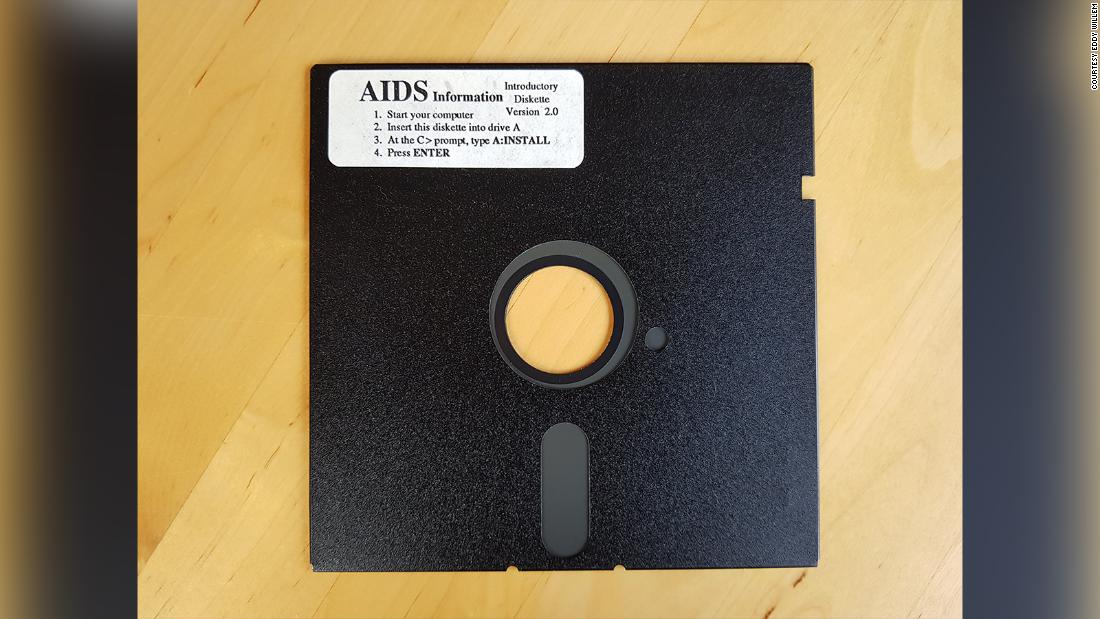 The bizarre story of the inventor of ransomware
36 mins ago

The bizarre story of the inventor of ransomware