The board of directors at SVB Financial Group in Santa Clara, Calif., looks very different today than it did a few years ago.

Once made up almost exclusively of white males, the board at the $97 billion-asset parent of Silicon Valley Bank has added two women in the last two years and earlier this year welcomed Richard Daniels, a retired executive vice president at Kaiser Permanente, who is Black. Today, about 40% of its directors are women or people of color.

SVB’s efforts to bring more diversity to its 13-member board are reflective of trends playing out in the banking industry and public companies more broadly. For a number of years now, companies have been saying that their leadership teams and boards must be more diverse to better represent the customers and communities they serve, and many are now starting to make good on those promises.

But there’s also a growing realization among leaders at public companies that if they don’t take steps on their own to add women and minorities to boards, important constituencies — lawmakers, investors, even stock exchanges — could force them to do so. This year’s protests over racial injustice, combined with coronavirus pandemic’s disproportionate impact on people of color, have only heightened awareness around boardroom diversity.

California, for example, passed a law in September that requires public companies headquartered in the state to have two or three people from underrepresented groups by the end of 2022. That new measure comes two years after the state passed a different law requiring public companies to have at least one female director.

Several other states have similar proposals to California’s in the works, including Washington State, Michigan, Massachusetts and Hawaii.

Meanwhile, Nasdaq recently filed a proposal with the Securities and Exchange Commission that would require all companies on its U.S. public exchange to add women and minorities to their boards.

While the calls for more board diversity apply to all kinds of public companies, banks are arguably under the most pressure because they can play such a crucial role in closing the racial wealth gap that was at the center of so many of this year’s unrest. Banks have already taken a number of steps to this year to help address inequality — funding jobs programs, pledging support to community development lenders — and adding more people of color to boards is seen as an extension of those efforts.

“There’s no question that the events of 2020, the social injustice, George Floyd’s murder, clearly allowed companies, individuals, and board members to have a different perspective about how we should be thinking about underrepresentation on boards,” said Greg Becker, SVB Financial’s CEO.

SVB Financial does need to add more board members from underrepresented groups, such as ethnic minorities or the people from the LGBTQ community, in order to comply with the new California law. Becker said the company hasn’t yet determined whether that will mean adding new seats or seeking out diverse candidates when other directors step down, but said he was confident the company would meet that mandate.

Nasdaq’s proposal would require companies trading on its exchange to publicly report their board diversity data within a year of implementation. Within two years, firms would need to have at least one woman and one minority on their boards. Companies that don’t meet that requirement would need to explain why, and those that refuse to disclose board diversity statistics could face delisting.

California’s newer law requires that public companies appoint at least one director from an underrepresented group by the end of 2021 and two or three, depending on the size of the board, by the end of 2022. Companies that don’t comply with the law could face fines of $100,000 to $300,000. The rule is similar to a 2018 measure calling for more gender diversity in the boardroom.

About 27% of California companies had to remake their boards to comply with the 2018 law, according to 2020 Women on Boards, a nonprofit focused on gender diversity in corporate governance. The group said that most companies chose to add more board seats to accommodate women, rather than wait for male directors to retire. Women have so far filled 669 board seats since the gender diversity initiative passed and at least 665 more will need to be added by the end of 2021, the group said.

But California’s largest banks still have room for improvement, according to a new report by the Greenlining Institute, a nonprofit research group that focuses on racial and economic inequality. The state’s largest banks by deposit share have made progress on board diversity, but efforts largely stalled this year. Banks need to do a better job of recruiting women of color, specifically, to their boards, the report concluded.

There are critics of the California laws who may agree that board diversity is good for business but are uncomfortable with government-imposed mandates.

Others would like to see the law struck down. The conservative legal group Judicial Watch has sued to block both California laws on the grounds that those measures violate the state’s constitution and do not serve a compelling governmental interest.

The proposal from Nasdaq has drawn mixed reactions. The U.S. Chamber of Commerce welcomed it as “a positive and balanced way to get to the end result of allowing boards to be more representative of a business’s consumer and employee base.” A Wall Street Journal editorial, meanwhile, criticized it as “virtue signaling at the expense of someone else.”

The American Bankers Association said it was still reviewing the proposal, which would affect only a portion of its membership. About 320 banks trade on the Nasdaq.

“More broadly, ABA fully supports expanding bank board diversity, and we are working closely with members across the country to expand and enhance their [diversity, equity and inclusion] programs to include board diversity,” a spokesman said in an email. “We believe banks can and should make these decisions on their own because it’s the right thing to do and because the data make clear it’s good for business.”

Still, others value boardroom diversity, but also stress that it’s merely one initial step towards achieving broader and more equitable outcomes. If minority board members cannot actually find a receptive audience when they bring new ideas to the table, then it’s diversity in name only.

“Board diversity is tokenism unless it is part of a comprehensive set of commitments and actual actions to rectify the structural racism and exclusion that has plagued our economy for generations,” said Paulina Gonzalez-Brito, executive director at the nonprofit California Reinvestment Coalition, which works with banks on community reinvestment plans, often tied to mergers.

Still, boards have a tremendous influence over the culture and strategic direction of a bank, and for that reason, the very presence of women and minorities on boards can drive change, said Adam Briones, director of economic equity at the Greenlining Institute.

“People at the top are driving strategic business decisions and in some cases it’s the folks at the top who make a decision if more capital will flow to communities that are lacking it,” he said.

One common refrain in the broader conversation about diversity is that experienced women and minority candidates can be hard to find, and those that do fit the bill are in high demand, especially of late. Recruiters say that’s an issue they can be addressed if companies are willing to broaden their search criteria.

What companies need to do differently is not keep looking at the usual suspects and open up their aperture and look at a broader range of qualified talented people who are diverse.

“There is plenty of board ready, diverse talent,” said Rusty O’Kelley, co-leader of the board and CEO advisory at the recruitment firm Russell Reynolds Associates. “What companies need to do differently is not keep looking at the usual suspects and open up their aperture and look at a broader range of qualified talented people who are diverse.”

The banking world in particular has a lot of diverse talent working in the regulatory and compliance functions, O’Kelley said. Many of those executives could be prime candidates for director positions upon retirement, he added.

“It takes time and it takes a deliberate effort to build a network and database of diverse people,” O’Kelley said.

Companies can also open up a broader pool of talent if they’re willing to take on a less experienced director, though many are reluctant to, said Charles King, managing director at the search firm ZRG Partners.

“If the person brings the skills and brings the requisite diversity to the board and has the right mindset and demeanor, I can often get the client over that hurdle,” he said. “There’s a first time for everybody.”

“If you say that you want board candidates to have prior public company experience, by definition, you’re limiting the pool of candidates you’re looking at,” said SVB’s Becker. “It’s a fact. You’re going to have a smaller pool of diverse candidates.”

Board diversity has become a particular priority for M&T Bank Corp. in Buffalo, N.Y., since René Jones became its chairman and chief executive in late 2017. General Counsel Laura O’Hara said that 40% of the $138.6 billion-asset company’s board is now diverse, with three African-American directors, four women and one LGBTQ director.

Calvin Butler, a new director who is the CEO of Exelon Utilities, came to the board’s attention for his work in the city of Baltimore, where M&T wanted to solidify its market presence, O’Hara said. Butler is Black.

“You need to look at the talent and skill sets of your entire board and think about, what does my board need for the future? Does it need cyber? Does it need a presence in one of your newer markets?” she said.

Another way banks can further diversity efforts is by encouraging clients to diversify their own boards.

Because bankers often play a key advisory role for their business clients, they can also be valuable networking contacts for aspiring directors, said Betsy Berkhemer-Credaire, the CEO of 2020 Women on Boards, a nonprofit organization focused on gender diversity in boardrooms. Many women who ultimately end up serving as company directors often come to the board on the recommendation of a banker, attorney or accountant, she said.

“Bankers should know this and should maybe even analyze the talented and experienced business women they know and be ready to recommend them to their clients,” she said.

There are less-subtle approaches they can take as well. Starting this year, Goldman Sachs now requires U.S. and European firms it helps take public to have at least one diverse board member. It will bump up that requirement to two in 2021.

People Are Playing a Guessing Game in Google Maps

25% of students postponed college during Covid, some indefinitely
5 mins ago

25% of students postponed college during Covid, some indefinitely 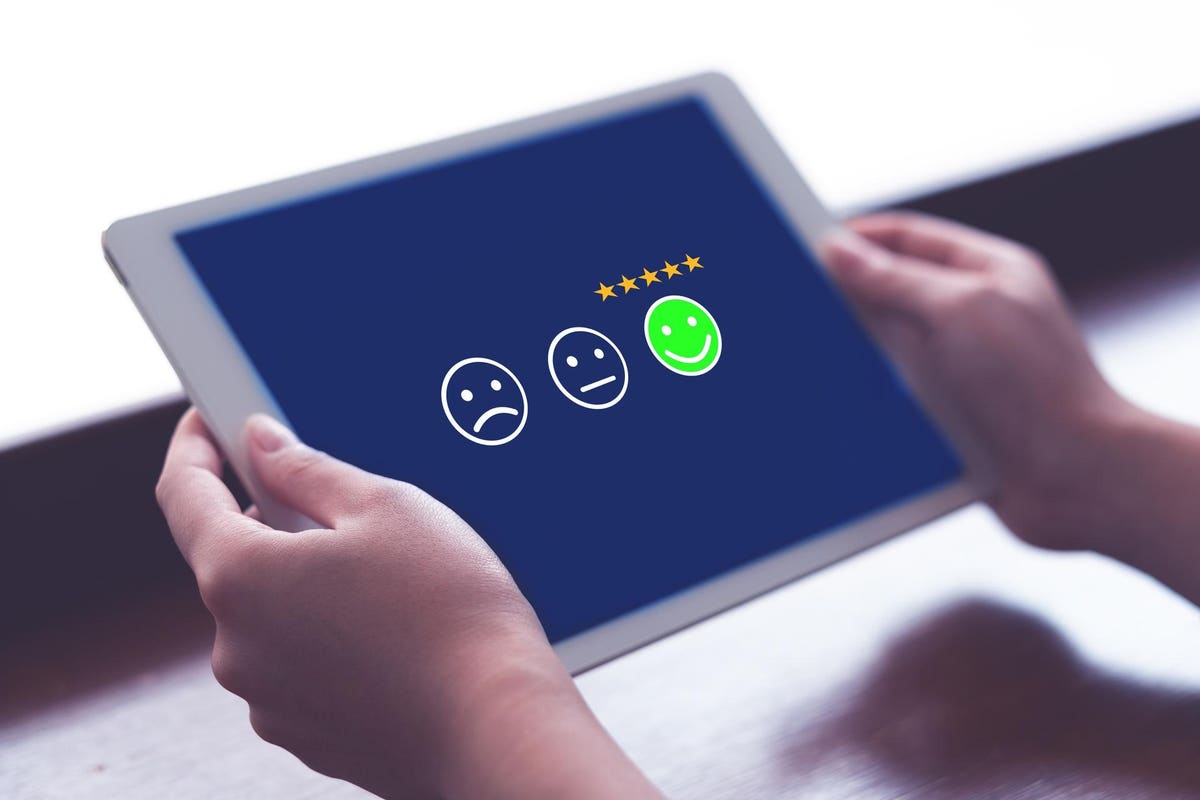 Council Post: How Third-Party Sellers Are Changing The Product Quality Game On Amazon
6 mins ago

Council Post: How Third-Party Sellers Are Changing The Product Quality Game On Amazon