As Australia’s COVID-19 vaccine roll-out commences, all eyes are on the government’s communication strategy – particularly with some studies finding vaccine hesitancy is on the rise in the country.

Our new study arrives at an opportune time. We analysed the public communication strategies that two countries – Australia and France – previously used to promote childhood immunisation. We sought to gauge what they did right and where they fell short.

Communication campaigns are one of several tools governments can use to encourage vaccine uptake. Governments can also provide free and accessible vaccines to the public, provide incentives for health professionals to advocate for vaccines, or impose consequences for people who do not vaccinate.

In recent years, both Australia and France introduced new measures to induce more children to get vaccinated. Australia introduced its “No Jab, No Pay” policy in 2016, removing financial entitlements for families who had previously been able to register an objection to vaccinating.

France added eight new vaccines to the three that were already mandatory for schools and childcare in 2017.

With these new vaccine policies, both countries finally found the political will to invest in substantial promotion campaigns to address vaccine hesitancy and concerns.

How did the Australian and French campaigns compare?

Australia’s “Get the Facts” campaign has run for four years. The centrepiece is a regularly updated website, but it also includes brochures and TV advertisements.

France’s “Vaccine Info Service” is more static and consists almost entirely of a website, although the country’s ministry of health also paid influencers to attend a special expert presentation on vaccines, hoping they would extol the benefits of vaccination to their followers.

The two countries’ websites could not be more different.

Despite its name, Australia’s “Get the Facts” campaign has been criticised for not including enough facts. It focuses on immunisation more generally, rather than explaining the benefits of vaccinating for specific diseases.

Parents who have more questions are referred to a separate resource. This feels like a “less is more” approach to public communication.

The site also relies heavily on emotion, featuring powerful testimonies from bereaved parents who lost their children to preventable diseases.

Through a process we call “manufacturing consent”, the site encourages support for Australia’s mandatory childhood vaccination policy by focusing on the societal benefits of herd immunity. Immunisation is so important, it implies, we should all have to do it.

France’s “Vaccine Info Service” has the opposite problem to Australia’s campaign: too many facts!

The site contains everything a person could possibly want to know about vaccines, ingredients, side effects and the science behind immunisations. It also focuses heavily on individual diseases and the vaccines that prevent them. The tone is very scientific, making it inaccessible to a broad segment of the population.

The campaign also seeks to “manufacture consent” for France’s vaccine mandates, but follows a very different path from Australia. It explains the exhaustive bureaucratic processes the government followed to develop the policy, including a citizen consultation.

The information about the decision-making behind the policy is laudable. However, the cost is accessibility.

When we compared the two communication approaches, we also found distinct cultural differences.

In France, it is frowned upon to talk about ethnicity. Epidemiologists there had trouble tracking which demographic groups were disproportionately affected by COVID-19 because the government takes a “colour-blind” approach to this kind of data collection.

Such data is also lacking about minorities’ vaccination beliefs and practices. Accordingly, the French website speaks about the benefits of vaccines to everybody — and nobody in particular.

In Australia, scholars and bureaucrats understand that Aboriginal and Torres Strait Islanders and other cultural minorities may face barriers to immunisation.

The “Get the Facts” video features testimonials by Aboriginal sportspeople and parents and includes imagery of a multicultural Australia. Materials are also available in a range of languages.

How did ‘Get the Facts’ inform Australia’s current COVID-19 campaign?

Each phase of Australia’s “Get The Facts” campaign has been evaluated by external companies. The government has applied lessons from these evaluations to subsequent phases of the campaign, including new testimonials about other deadly diseases and efforts to reach different cultural groups.

It will be interesting to see how these lessons are applied to the current communication strategies for the COVID vaccine roll-out.

Like “Get the Facts”, the government’s COVID communications campaign has been developed by external marketing and public relations agencies.

So far, the television advertising appears to lack cultural diversity. Such lack of diversity has been criticised in online immunisation information for refugees and migrant communities and more general COVID messaging in the past.

Fact sheets speak to particular groups, such as people with disabilities and Aboriginal and Torres Strait Islanders. These follow the same format we found in the “Get the Facts” campaign — simple language and lots of “white space”. This is not surprising, as the Commonwealth follows a specific style guide for all public communications.

There are no resources comprehensively addressing vaccine hesitancy, but there is information about the ingredients in vaccines, side effects and monitoring. There is also specific information regarding COVID vaccines for pregnant women or those who are breastfeeding.

How much information is enough? Too much?

Making comparisons between “Get the Facts” and the new COVID-19 communication campaign is somewhat difficult due to the different environments in which the vaccine policies have been introduced.

Australia’s childhood vaccination rates were already high before the “No Jab, No Pay” policy and “Get the Facts” campaign. By comparison, studies show a nontrivial minority of Australians are hesitant about the new COVID-19 vaccines.

Australians may need more facts, persuasion or encouragement to get a coronavirus vaccine – or simply to see others flourishing after vaccination. Our qualitative research project seeks to better understand how West Australians, in particular, feel about the vaccines and what kind of communication they need from governments to feel secure about them.

One of the biggest remaining questions from our research is how much information the public needs in order to trust the system that provides vaccines. And how much is too much?

Australia’s previous vaccine communication strategies suggest that excess information is not likely to be a risk. However, more detailed and targeted communications and some French-style transparency may help our diverse population choose a COVID-19 vaccine over the alternative of non-vaccination.

Katie Attwell receives funding from the Australian Research Council and the WA Department of Health. She is currently funded by ARC Discovery Early Career Researcher Award DE1901000158. She is a member of a government advisory committee, the Australian Technical Advisory Group on Immunisation (ATAGI) COVID-19 Working Group. All views presented in this article are her own and not representative of any other organisation. Dr Attwell has also received speaker’s fees from Merck in the past.

Sian Tomkinson does not work for, consult, own shares in or receive funding from any company or organisation that would benefit from this article, and has disclosed no relevant affiliations beyond their academic appointment. 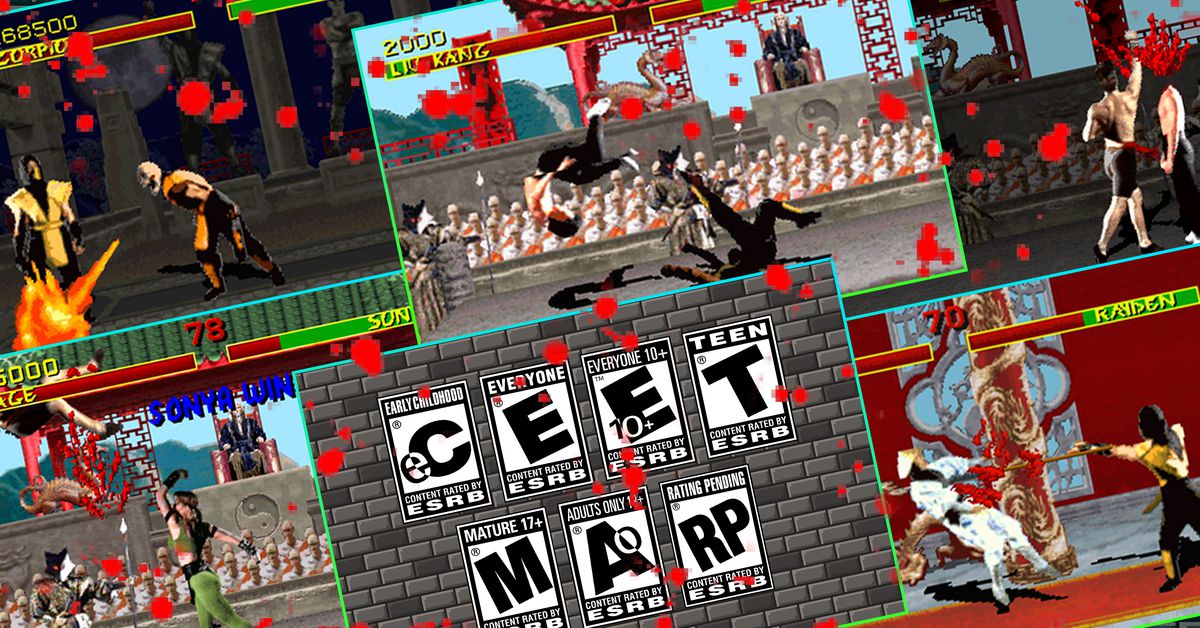 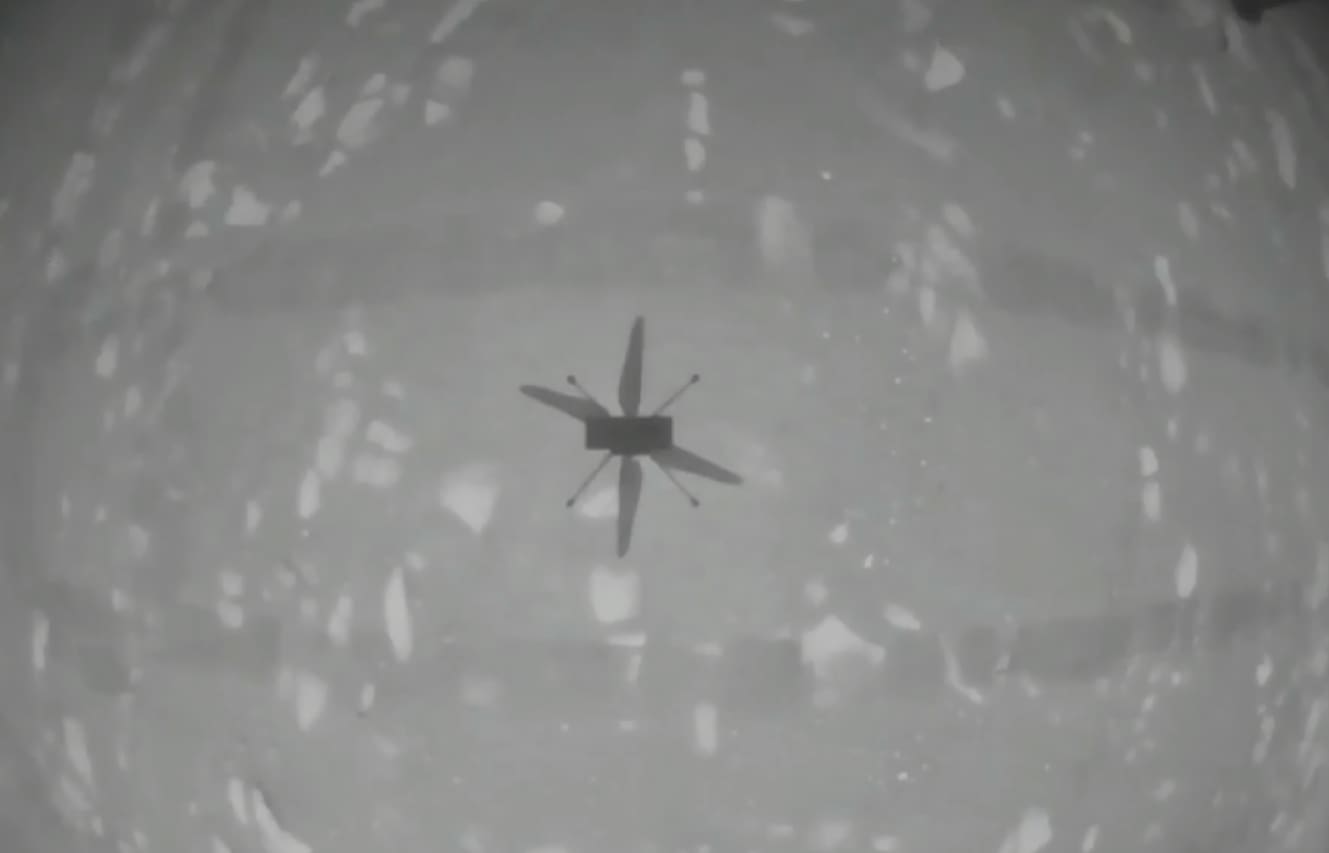 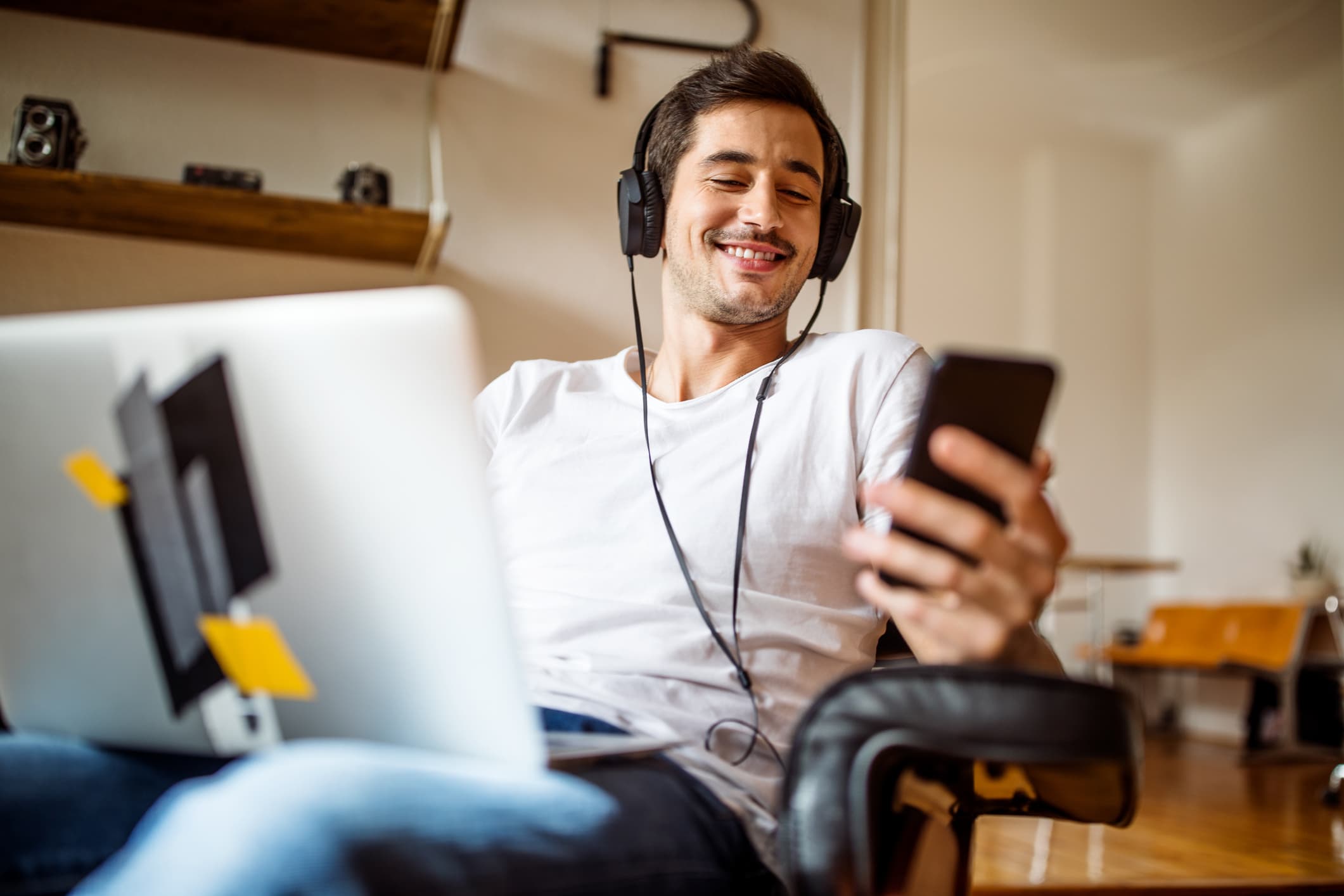 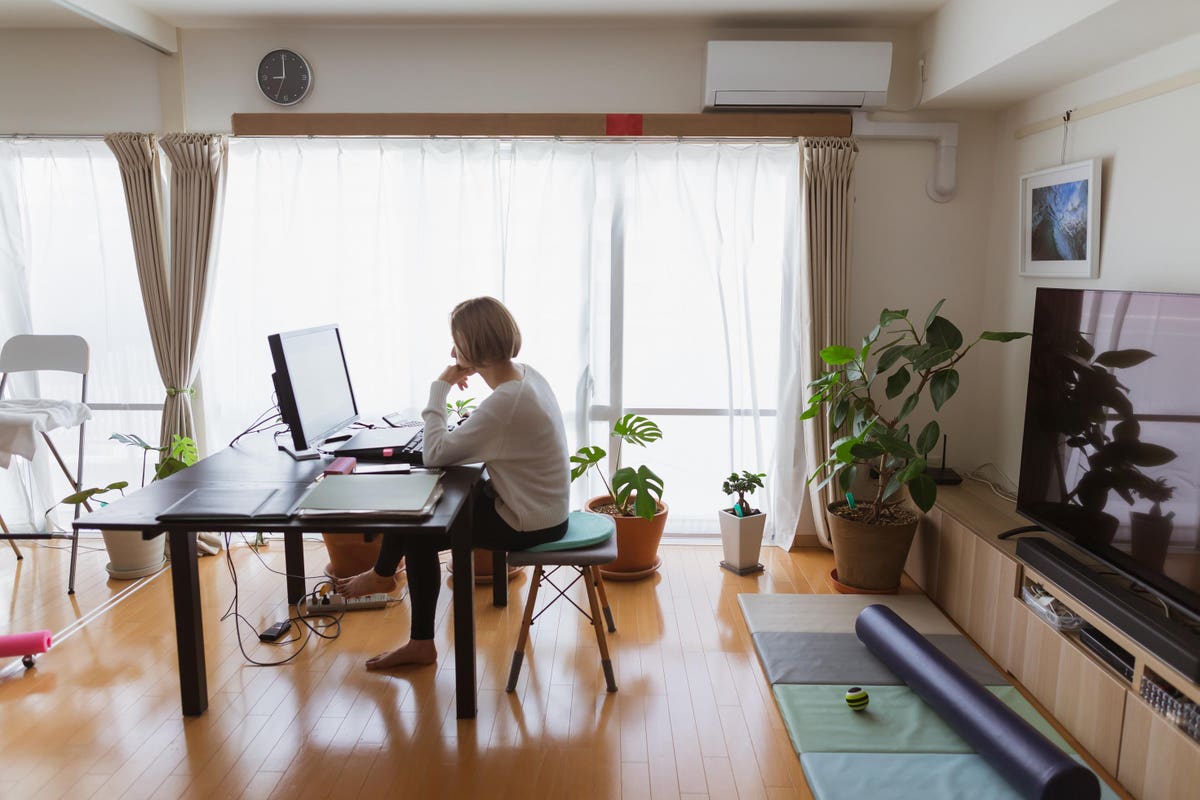 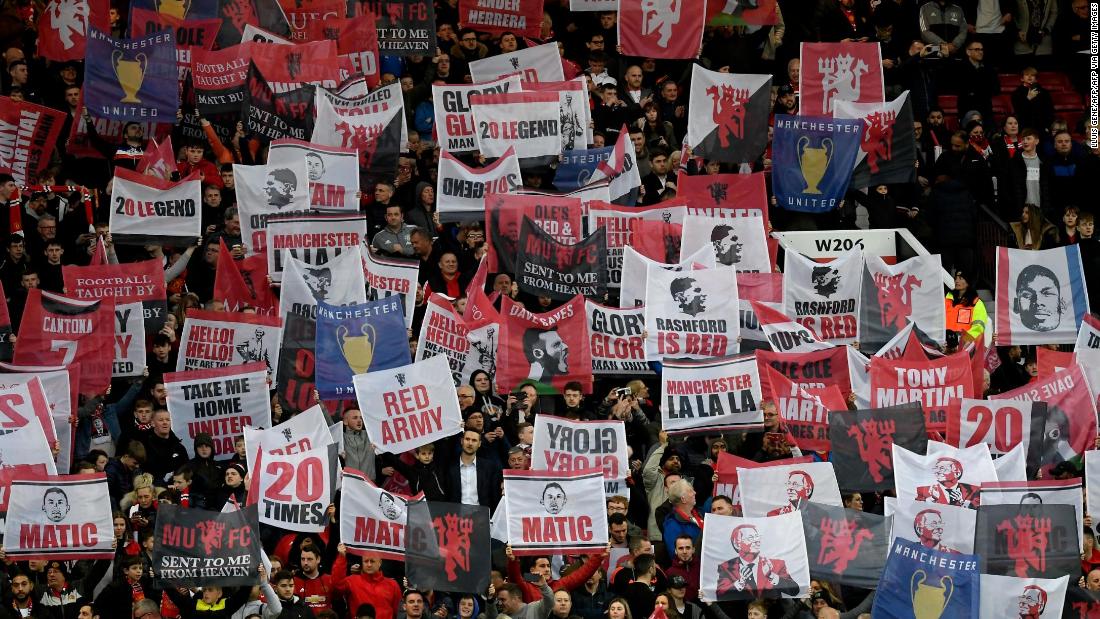