Firefighters have a long night ahead of them with a wind change expected to “worsen things dramatically” overnight.

The Bureau of Meteorology on Tuesday evening warned things will get worse before getting better.

More than 70 fires are burning from near Nowra all the way up to the Queensland border with bureau state manager Ann Farrell saying the situation is changing “very rapidly”.

A fire near the Pacific Highway, north of Nabiac in the Mid North Coast region of NSW.

A low-pressure system moving across the state is bringing “strengthening” winds that will increase fire danger on Tuesday evening.

“It won’t be until tomorrow morning that we see it clear the northeast of the state,” Ms Farrell said.

It has been a long, hot and busy day for firefighters. At 9pm, 74 fires are burning across NSW, with 36 uncontained and nine fires still at Emergency Warning. The day is not quite over yet, as a southerly change may see an increase in fire activity tonight. #nswrfs #nswfires pic.twitter.com/eeBiiSuMwR

“Things are going to be pretty difficult for some time tonight before we see any real improvement in firefighting conditions.” He said there would sadly be no rainfall in the southerly change and warm, dry conditions are set to dominate in the days and weeks ahead.

“As we look out a little bit further, we’re expecting a cyclical pattern of increasing temperatures as we head into the end of this week and indeed as we head into next week,” he said.

“It’s barely the end of spring and we’ve already witnessed that already,” she said.

“Extreme weather conditions due to the deep drought are likely to continue over the next few months and beyond.” A bushfire in Hillville moves in on a house near the Pacific Highway.

Police have set up a crime scene as they work to establish the cause of an emergency bushfire which threatened homes on Sydney’s upper north shore.

An aircraft initially headed to a fire north of the city was diverted at short notice to help put out the blaze in South Turramurra on Tuesday afternoon. “We diverted that [plane], turned it around, and got it to rapidly intervene and provide meaningful drop and knockdown effect on that fire in Turramurra,” RFS Commissioner Fitzsimmons said.

Officers were seen searching a car and speaking to two young males at Canoon Rd.

News footage showed some of the pink retardant had overshot the blaze, coming down on suburban houses and vehicles.

The commissioner was quick to tell residents the retardant would wash off with water. “Clearly, it’s not only hit the mark of the fire but extended into the road and we’ve got crews, we’ve got vehicles, we’ve got homes, we’ve got property that is now coloured pink,” he said.

“There are guidelines available … about hosing down and washing down the retardant.”

Mr Fitzsimmons said the colour was simply a dye added to the phosphate-based product so aircrews could see where loads had landed.

A nearby fire at Kissing Point Rd was briefly at emergency level but was quickly downgraded to “advice” as it was brought under control.

One local said being confronted by fire on their residential street was “overwhelming”.

Student Patrick Kurtesz fled the fire in a stranger’s car after stomping on embers in the garden.

The 21-year-old described a “big plume of black smoke” and said he ended up jumping in a car with people passing by.

“Honestly, like I got in the car, and they were such lovely people. But it was really hard for me to focus because I was just like, what if my house has gone down?” he told AAP.

“I keep saying this: it’s not supposed to be fire season yet.” Firefighters have managed to contain flames which broke out at South Turramurra on Sydney’s upper north shore.

A mother-of-three living in nearby West Pymble had packed her bags ready to leave when the fire emergency hit.

The 47-year-old, who did not want to be named, said it felt “very surreal” to be preparing to flee the suburban area she’d lived in for 15 years.

“I never in a million years thought I would be packing, having everything at the door ready to go, waiting to be told ‘time to go’,” she told AAP.

She said hearing low-flying aircraft overhead had given them “a bit of a fright” and described how she and all her neighbours had been out hosing down the front of their properties on Tuesday in a bid to protect them.

‘My house is burning down, what are you doing?’ However, the public appearance turned sour as Labor MP Janelle Saffin was confronted by a resident demanding more action to help the community.

“Shame on you. Your house is not burning. My house is burning down! What are you doing? Nothing! You’re laughing. You’re having a circus. You’re playing with fire,” Ginger O’Brien said. “Get more money for [the firefighters]. When did you send aid? When have you given them more money? You’ve taken it all away.”

The prime minister and his government have also proven unpopular in the streets of Nimbin, with some locals turning out with signs to vent their frustration with Canberra. Authorities are warning NSW residents not to underestimate the damaging effects of smoke as air quality worsens amid the state’s bushfire crisis.

The latest air quality index rating has recorded 221 micrograms of particulates per cubic metre in Sydney’s east, while the lower Hunter’s figure of 306 was the worst in the state. Smoke haze hangs over the Sydney Opera House as fires burn across the state.

Dust has also contributed to poor air quality in Sydney, Newcastle and the Central Coast ahead of a southern change expected to hit on Tuesday evening, the Bureau of Meteorology said. A haze hangs over Sydney.

In one case paramedics treated a patient who no longer had their reliever medication.

Mr Morgan urged asthmatics and others vulnerable to respiratory issues to remain vigilant, or the consequences could be fatal.

“To fail to make a plan when you have an asthma condition or respiratory condition and not have reliever medication, this could be a deadly condition for you,” he said.

“So make a plan and get medical aid as soon as possible.”

Three men have allegedly breached NSW’s total fire ban while a nine-year-old boy has admitted to lighting a fire with a blowtorch as blazes rage throughout the state, according to NSW Police Force.

Police allege the first incident saw a 27-year-old man light a small campfire at Wallacia in Sydney’s west on Monday afternoon to boil water for cups of tea.

He immediately extinguished the flames when police and firefighters arrived and was issued an on-the-spot $2,200 infringement notice.

Hours later, police were called to a home at Prestons in Sydney’s south-west, where a 35-year-old man allegedly burned fence palings in a cylindrical barbecue.

“Embers from this fire fell to the ground and ignited palings, causing a secondary blaze,” NSW police said in a statement.

Both fires were extinguished and the man was also issued an infringement notice.

The third man will face court after he allegedly lit a small coal barbecue at a Lalor Park home in Sydney’s west in the early hours of Tuesday morning.

Smoke from a large bushfire is seen outside Nana Glen, near Coffs Harbour.

Fire and Rescue NSW extinguished the fire and the 46-year-old man was arrested for failing to comply with a total fire ban and breach of bail.

The nine-year-old, due to his age, was warned under the Young Offenders Act after a small grass fire broke out behind a street in Nowra on the South Coast about 11.35am on Tuesday.

Police say the boy, who was with a group of other children, admitted to lighting the fire with a blowtorch.

The total state-wide fire ban remains in place and has been extended into Wednesday.

It means people cannot light, maintain or use a fire in the open, or carry out any activity in the open that causes, or is likely to cause

Ms Berejiklian on Tuesday morning said the dire forecast had not changed and told residents to heed the warnings of authorities and head for safety.

“We need to make sure every community member takes the opportunity to assess the situation and act with precaution in every possible manner,” Ms Berejiklian told reporters in Sydney.

“I can’t thank enough volunteers and personnel that have been on the ground.”

Today is going to be a very long and very dangerous day. A southerly change is expected later today but won’t reach Sydney until tonight, and the north coast until tomorrow morning. This may push fires new directions, threatening lives and properties. #nswrfs #nswfires https://t.co/NQ8HmNcQGC

Defence Minister Linda Reynolds has said ADF personnel were not trained firefighters but they would be on standby to provide other support if needed.

Hundreds of schools have been closed for the day, with Education Minister Sarah Mitchell saying “safety remains the number one priority”. Residents try to knock down spot fires heading towards a house at Koorainghat on NSW’s mid-north coast.

Emergency Services Minister David Elliott said residents face what “could be the most dangerous bushfire week this nation has ever seen”.

Mr Elliott said places, where fires are already raging and are not contained such as the mid-north coast and north coast, are “going to cause us problems”.

But he added the mission is to “overwhelm” any new fires elsewhere with fire trucks and aircraft so they don’t take hold. A Gloucester firefighter battles flames at Koorainghat, near Taree on NSW’s mid-north coast.

Fires since Friday have claimed the lives of three people and destroyed at least 150 homes.

More than 100 people have been injured including 20 firefighters hurt trying to protect communities.

With dangerous bushfire weather continuing, please be prepared for longer periods without power if problems do occur as automated protection devices are disabled to keep the community safe. Stay 8 metres clear of damaged powerlines & report them immediately by calling 131 003. pic.twitter.com/q7LT0DGs9I

NSW Ambulance Commissioner Dominic Morgan is considering bringing in extra resources from interstate to cope with the demand.

Recent days have seen a war of words break out over a potential link between the fires and climate change.

Climate protesters have gathered outside Nationals leader Michael McCormack’s office on Tuesday after he condemned the “disgraceful, disgusting” behaviour of “raving inner-city lunatics” linking climate change to the blazes. A Tuncurry firefighter attacks part of the Hillville bushfire, south of Taree.

Ms Berejiklian said on Monday that now is not the time to discuss the issue, but insisted her government has not shied away from talking about it and will discuss it at another time.

But some of those living in rural regions who have been directly affected made their feelings clear.

“To disregard the issue of climate change in a situation like this is wrong,” Cerene Lowe, whose home was among many razed in Wytaliba on Friday told AAP.

Fellow Wytabila resident and Glen Innes Severn mayor Carol Sparks, whose home was severely damaged in a blaze, said there was “no doubt” about the link to climate change. 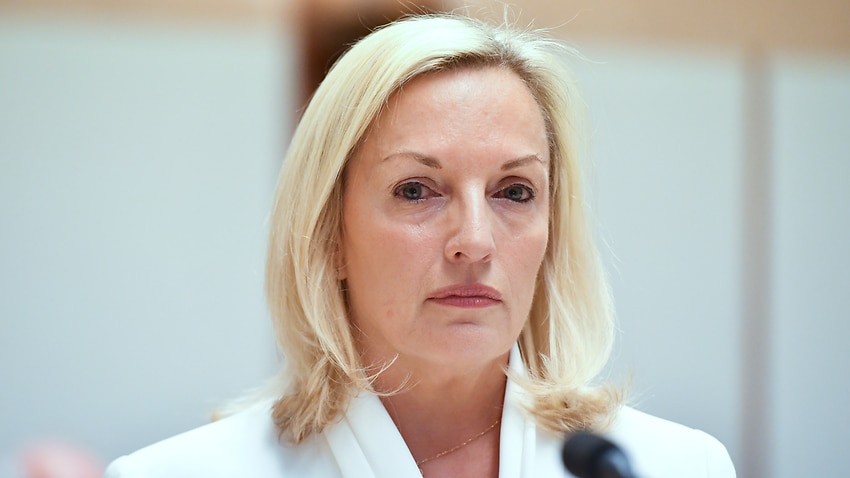 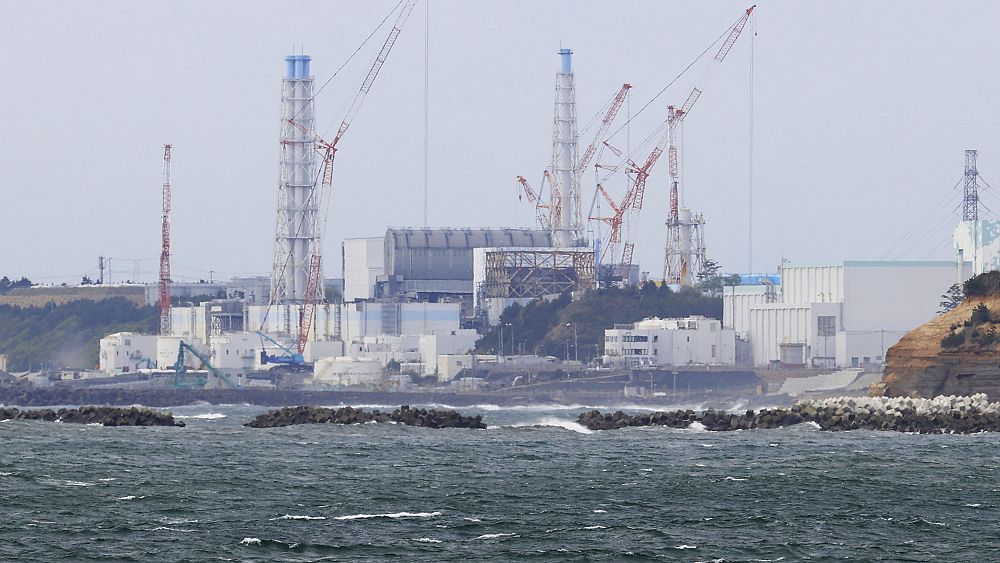