Significant moments in history have always been immortalized through film, and we can expect that to be true for the COVID-19 pandemic as well. After America’s first stay-at-home order in March, American studios had to adapt quickly to keep pumping out content, and one tactic was incorporating COVID into the stories they were telling. COVID-era entertainment rapidly evolved from Zoom cast-reunion specials and season finales to in-person productions that either reflect the current times, with haphazard mask usage and social-justice storylines, or show life as normal. These stories have either been set in the early days of the pandemic, or elevated it to a catastrophic event still occurring years from now. Though some early-days shows have been comforting, they’ve tried to reflect on the situation while it was still ongoing: Hulu’s Love in the Time of Corona and Netflix’s Social Distance came out in summer and fall respectively, when vaccines were still in trial phases, and governments were still unclear on exactly how seriously to treat the virus.

The new HBO Max film Locked Down looks at the COVID-19 pandemic with more distance. The film takes place in the early days of the pandemic, during what appears to be the U.K.’s initial stay-at-home order. Everyone except essential workers are confined to their houses, including central couple Linda (Anne Hathaway) and Paxton (Chiwetel Ejiofor). Linda has just broken up with Paxton, but they’re self-isolating together out of necessity, while Paxton is on furlough from his courier job and Linda is working remotely. The bulk of the film shows them struggling with the complete upheaval of their daily routines and a lot of time spent together in a confined space. Rather than being depressing or overly nihilistic, Locked Down fills the situation with a dry humor and slight absurdity which, combined with the distance from the beginning of the pandemic, makes the film the best COVID-related piece of media to come out so far.

The big difference between Locked Down and previous COVID shows and films is that it doesn’t have to comfort its audience. Most COVID media so far has served either as an escape from daily pandemic life, or a case study of how to get through it. Locked Down was filmed in September and October under strict COVID protocols, and is being released into a world with a viable vaccine, with tangible evidence that the pandemic will be over someday. Instead of the earnestness and “we can get through this” pathos of previous COVID media, Locked Down reflects the dark side of self-isolating: the drinking, uncertainty, and complaining. The broadly familiar references to unnecessary Zoom meetings and bread-baking are funnier now than they would have been in March.

At the beginning of the film, Linda and Paxton are obviously miserable and struggling to just get through each day. Paxton has been spending his furlough venting to relatives on FaceTime and going out into the street to perform poetry for his neighbors, who either enjoy it, or curse at him. Linda is still employed as CEO of a division of a sketchy conglomerate, but she’s crumbling under the ethical demands of the job, including having to fire coworkers. Through a series of coincidences over a week’s time, Linda and Paxton end up with access to Harrods department store, and a plan to steal a £3 million diamond and quit their miserable jobs.

It’s an absurd setup, but the plot shenanigans fit with the film’s vibe of personal anguish managed during chaos, heightened by elevated language and a bit of farce that leads to Paxton assuming a false identity as “Edgar Allan Poe.” Written by Peaky Blinders creator Steven Knight and directed by Doug Liman, Locked Down has the heightened language of a play, suffused with dry British humor and a bit of nihilism. With Liman’s direction, the state of the leads’ relationship drives the film as much as the heist elements, similar to his previous films Mr. and Mrs. Smith and Edge of Tomorrow. Hathaway and Ejiofor give excellent performances, especially Hathaway, who expertly handles Linda’s gradual unraveling. The rest of the cast, mostly appearing via video-conference, includes Mark Gatiss, Stephen Merchant, Dulé Hill, Mindy Kaling, and Ben Kingsley, though there are a few more strong cast surprises.

Though the supporting cast provides most of the film’s comedy, the best scenes come from the conversations between Linda and Paxton. Spurred by the extra time to think during lockdown, both characters take a good look at their lives and realize that they hate where they’ve ended up. Linda doesn’t catastrophize as much as Paxton at first — Knight’s script implies that she’s had to be the adult in the room since initiating their breakup — but they both want to change their stations in life, approaching a wish for freedom from their circumstances. Knight and Liman don’t offer much information about how they got to this point in their lives, beyond bare-bones confirmation of how they met, and how long they’ve been together. But the blank spaces add a little universal flavor to the story, even as these specific characters go from a moderately familiar scenario (let’s just avoid each other in the house) to an outlandish one. (Let’s rob Harrods!)

The Harrods heist portion of the romance/heist movie/dark comedy is condensed into the last 40 minutes of the film, and it’s worth spending the first 80 minutes wondering whether it will ever actually happen. The tonal shift matches the movement from a confined house to a large department store, but the tension stays at the same level, even as the leads transition from a duo at odds to a team. The heist segment also features the most romantic moments between the couple features most of the movie’s big humor contains the most levity in the movie, with both the characters and the direction reveling in the switch from confinement to a free space. Even the audience gets some kid-in-a-candy-store delight through osmosis.

The cinematography stays tight on Hathaway and Ejiofor throughout the film, which Liman shoots mostly with close-ups and tracking shots, mirroring the leads’ confinement to their house. Keeping the angles close lets Liman keep the tension high, though he finally allows some wide shots once the film moves to Harrods. These choices bring a sense of claustrophobia to each scene, making the characters’ anguish more of a setting than the actual house they live in. The lighting also builds on the psychological sense of confinement, with most of the scenes filmed with low or indoor light. Even the soundtrack, or lack thereof, gives the film a sense of suspended time: the score’s evolution from silent-movie-style piano in the beginning to a cooler electric-guitar score is the only hint of passing time besides the change between night and day. The one time a song with lyrics comes on, it feels like an interruption to the film’s stasis, similar to a window breaking.

Locked Down doesn’t fit into an easy genre categorization. It’s a realistic enough depiction of how people fought, laughed, and cried amid the confusion and lack of routine in early days of the pandemic. The film’s value on its day of release comes from recognition of all the shared circumstances of the pandemic that haven’t been spoken aloud yet. After a year of trying to stay positive, laughing along to sarcasm and self-woe is a release. Locked Down also meets the goal of immortalization; of all the pandemic media released over the last 10 months, people will likely return to this film as the most realistic depiction of the early days of COVID.

Beyond that, it’s also a dark comedy, a post-breakup exploration, and a relatively low-stakes heist film. All of that takes place in a very real-world situation, but it infuses the situation with a small amount of levity and absurdity. It’s an ambitious story that recognizes that it takes place in a society where all the typical rules have been turned on its head, and normal’s gone out of the window. It isn’t comforting, but it’s a model for the inevitable future COVID movies to come.

Locked Down is now streaming on HBO Max. 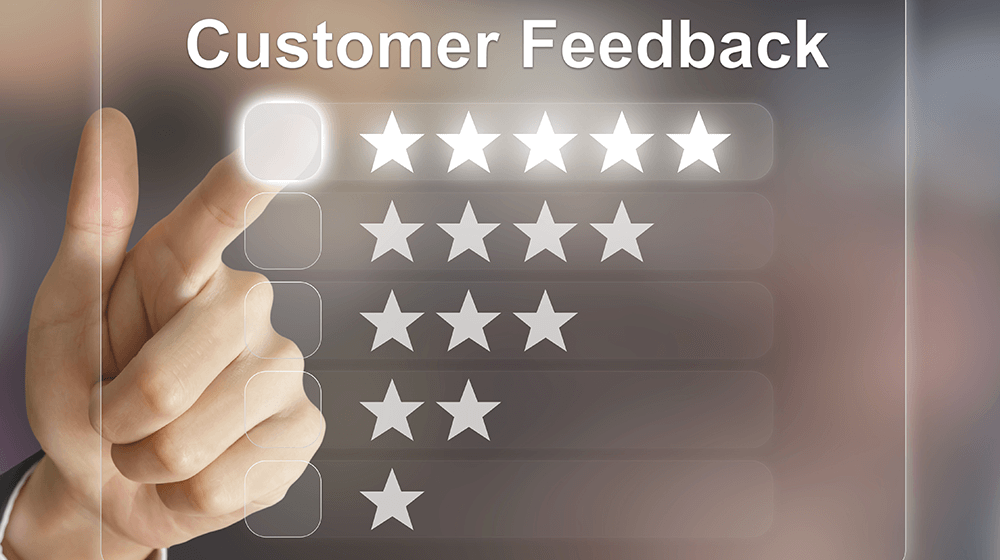 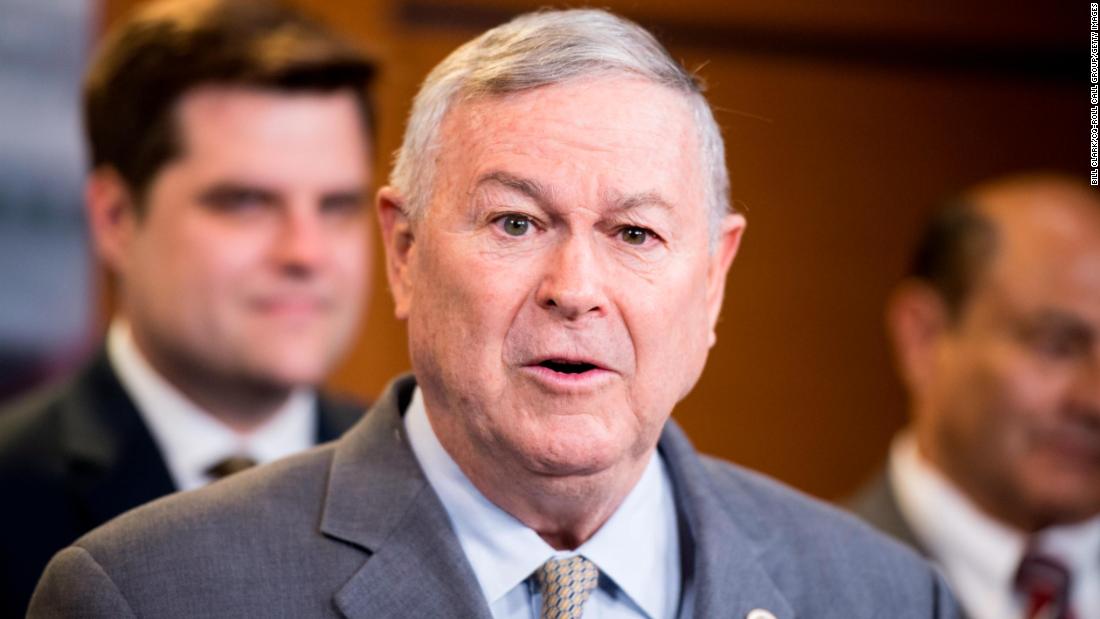 Analysis: A former GOP congressman was part of the crowd outside the US Capitol on January 6
6 mins ago