Prestige dramas have largely followed two parallel paths during the past 20 years. On one track are shows grounded in realism but given a bit of lofty escapism thanks to their subject matter, which focus on the personal and intense professional lives of doctors, lawyers, and political operatives. The other track has attracted viewers with big-budget spectacle, pushing science fiction, fantasy, and horror into the mainstream with stories driven by bloody action and dramatic twists.

Those archetypes are intersecting in For All Mankind, which kicked off its 10-episode second season on Apple TV Plus on February 19. While the show may lure in audiences with its alt-history science fiction premise — a world in which the space race between the United States and Soviet Union never ended — its tone and themes make it closer to The West Wing than The Man in the High Castle.

Season 1 of For All Mankind kicked off its story in 1969, with the Soviet Union beating the Americans to the Moon. Then it jumped three years into a future where both superpowers had established lunar bases and mining operations. In season 2, the show skips nearly a decade and lands in a version of 1983 where Ronald Reagan is president, and Cold War tensions threaten to turn into armed conflict in space.

Like the time jumps used in Netflix’s The Crown, the shift lets showrunner Ronald D. Moore (Outlander and Battlestar Galactica) place the characters in new historical contexts while showing how their lives and relationships have evolved over time. The alt-history primarily gives the writers the freedom to use real people and incidents as they see fit, while also having the potential to make up whatever they want in terms of accelerated technological innovation or sociopolitical trends. It’s worth watching the opening montage of season 2’s premiere multiple times just for a blast through everything that’s different in the show’s world.

But answering what-if questions about the Camp David Accords failing or John Lennon surviving isn’t really the point of the show. Instead, For All Mankind is an examination of exceptional people and how and why they pursue glory. They may be astronauts and NASA engineers, but the story beats would be just as at home in a drama about politicians or movie stars.

On the surface, For All Mankind’s closest relative might seem to be Netflix’s short-lived science fiction drama Away. But while that Hilary Swank vehicle also focused on the reasons each member of the crew of the first manned mission to Mars went to space, and the toll it took on them and their loved ones, Away was driven by episodic crises more reminiscent of classic genre shows.

While For All Mankind features daring space rescues in both seasons, the action is always decidedly secondary to the impact those events have on the characters and the space program at large. When astronaut Ed Baldwin (Joel Kinnaman of Altered Carbon) ejects from a fighter jet before it crashes in season 2, there’s no real doubt in the audience’s mind that he’ll survive. The real tension comes from seeing the effect the accident has on his wife, Karen (Shantel VanSanten of The Boys), who sits by the phone chain smoking and terrified while their daughter Kelly (Cynthy Wu of American Vandal) looks on helplessly.

Pretty much all of the performances in For All Mankind are top-notch, and the actors have a chemistry that provides credibility to the intimacy forged between their characters, who have lived and worked together under extraordinary circumstances for more than a decade. The show hasn’t really bothered with aging makeup beyond period-appropriate hairstyles and giving a beer belly to Gordo Stevens (Michael Dorman), who has been grounded since having a panic attack on the moon in season 1. But the passage of time still powerfully weighs on every character.

One thing that For All Mankind does share with Away is that the characters are neither idealized or demonized. Ed is probably the closest thing the show has to a true hero, but he’s got deep flaws and blind spots, whether he’s ignoring Gordo’s concerns about returning to the Moon, or lashing out at Kelly for wanting to follow in his footsteps and join the Navy because he’s afraid to see her in danger. Gordo’s a sad-sack with a drinking problem, but he’s a loving father. The scenes where his teenage sons try to understand and help their father deal with his anxiety are made even more moving thanks to a camera style similar to one used on Friday Night Lights, where the action is filmed from a distance that makes the viewer feel like an interloper in an intimate moment.

The big personal dramas are brightened by slice-of-life comedy that helps ground the often-larger-than-life characters, like Ed complaining about Karen swapping his Kraft parmesan cheese out for the real stuff, or Ed and fellow astronaut Molly Cobb (Sonya Walger of Lost) having a serious chat about Molly’s latest mission while their spouses are sneaking a joint in the golf cart. The strong foundational character development done in season 1 is paying off powerfully in season 2, with every member of the ensemble getting arcs that magnify their strengths and failings.

For All Mankind also follows the prestige-drama formula of tackling big societal issues through its diverse cast. Astronaut Ellen Wilson (Jodi Balfour) is in a sham marriage following her disastrous attempt to come out to her commander in season 1, but she wonders if the changing times might allow her to finally show her true self. Danielle Poole (Krys Marshall of Supergirl) was the first Black woman on the moon, but she confronts NASA on its tokenism by demanding to command her own mission. The plots could easily come off as preachy or saccharine, but they feel genuine, as the characters attempt to push an organization based on imagining the future of humanity to examine the preconceptions that it remains bound by.

While the science fiction aspects of For All Mankind often play second fiddle to the character dramas, they’re still well executed. The show looks gorgeous, with its spectacular lunar landscapes and imagined moonbase. There, a series of hot astronauts feel a sense of isolation and claustrophobia that has become all too familiar after a year of COVID-19 lockdowns. “You get used to it,” is the mantra used to console new astronauts when they face the terrible food, noisy equipment, and ant infestation that’s a pretty amusing callback to season 1’s botched ant-farm experiment.

But while they may involve solar flares knocking out spy satellites and conflicts over lunar lithium deposits, the threats in the show are all grounded in Cold War politics rather than aliens or asteroids. The threat of nuclear war is always present, but that just makes the show feel like a period drama. Rather than push to keep viewers watching with cliffhangers and plot twists, Moore and his writers place the focus on the emotional stakes just as much as the geopolitical ones. It’s strange for a show that spends so much time in space to feel so grounded, but like its astronaut stars, For All Mankind could prove to be a trailblazer of a new frontier for prestige drama.

For All Mankind season 2 is now streaming on Apple TV Plus. New episodes are released on Fridays. 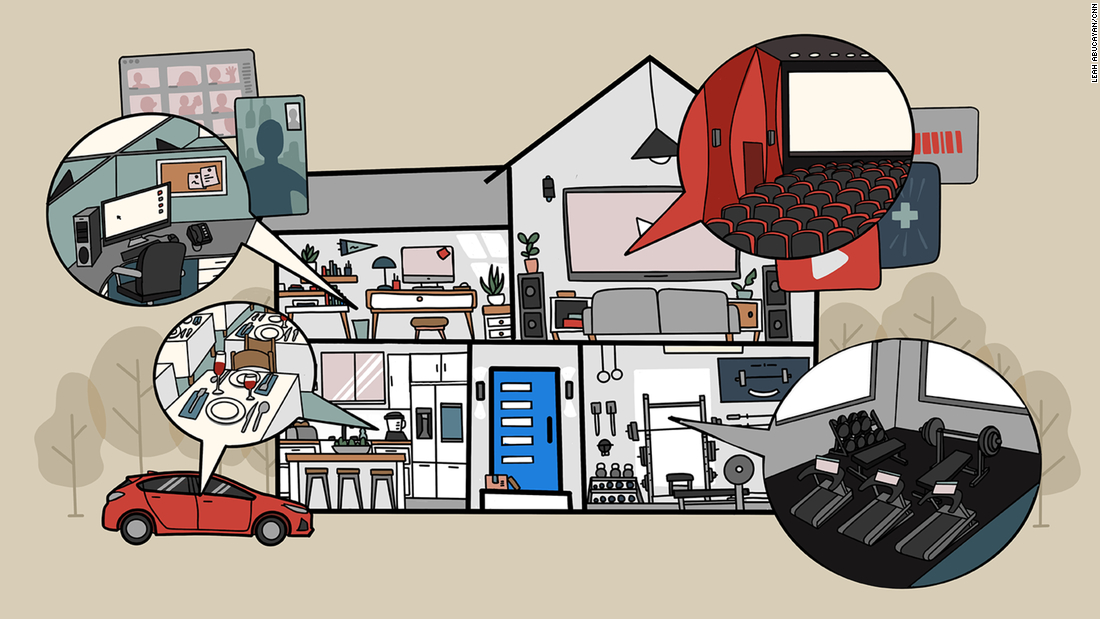 Even with hope on the horizon in this pandemic, what’s the point of ever leaving home again?
2 seconds ago

Even with hope on the horizon in this pandemic, what’s the point of ever leaving home again? 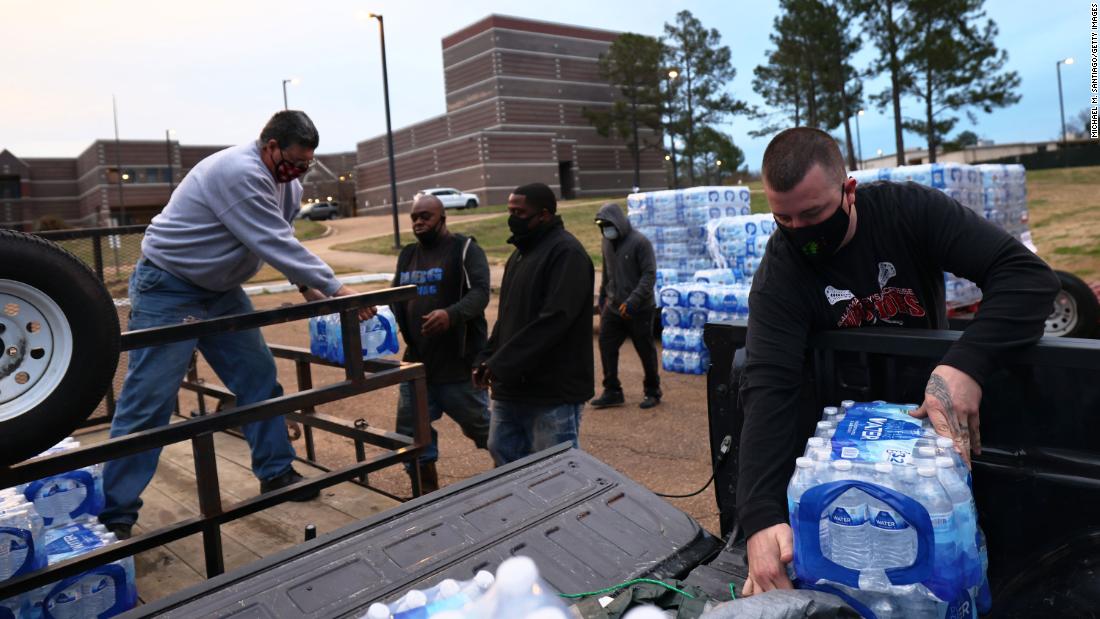